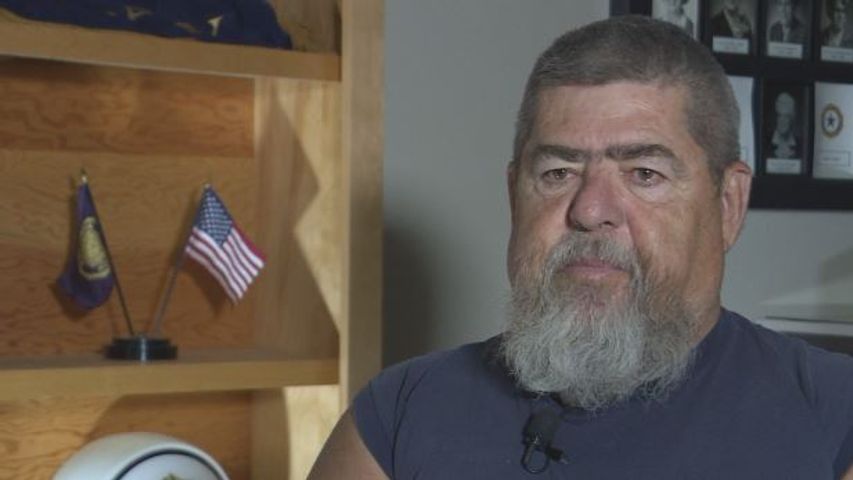 COLUMBIA – Army veteran Ron McMillan said he was surprised when Jason Kander announced he was leaving the Kansas City mayoral race because he is suffering from Post-traumatic Stress Disorder or PTSD.

However, McMillan said he understands how difficult it would be for Kander to be in a public position dealing with PTSD.

"You are alone when you are dealing with PTSD," he said. "We do talk about it in groups here at the Legion with other veterans, but everybody's experience was different, and even though we relate to each other, I think the PTSD is pretty much an individual problem."

McMillan joined the United States Army in 1967. He was sent to Vietnam, to join the first cavalry division, from early 1968 until June 1970. After coming back from Vietnam, he was discharged from the Army.

He said he saw a lot of combat during his service which contributed to his PTSD.

"When I came back from Vietnam, of course we weren't well treated, we weren't well thought of," he said. "We almost had to hide our service and I think that contributed to the PTSD almost as much as anything not being accepted back in the United States."

With the help of specialist from the Harry S. Truman Memorial Veterans' Hospital, McMillan said he was able to overcome his hypersentivity of being sorrounded by large groups of people.

However, McMillan said some of his symptoms remain.

"The biggest problem is the nightmares," he said. "The nightmares still continue to this day. I've received quite a bit of treatment from the local VA hospital, which I appreciate, but the nightmares just don't go away."

Jessica Tappana, trauma and PTSD therapist, said the effects of PTSD cannot be completely cured, but they can be controlled with effective treatment.

"You can get to the point where you don't meet what we called the diagnostic criteria for PTSD," she said. "On paper, you don't technically have PTSD but the memories themselves never go away, you incorporate this as part of your life."

McMillan said he is proud that with his decision, Kander brought up an issue affecting veterans.

"I am glad that he is bringing the subject of PTSD and how it affects so many of us after our service in the military," he said. "My father and my uncle, who were both WWII veterans never received any help from the VA or anything else and they suffered their entire life from PTSD."

According to statistics from the U.S. Department of Veterans Affairs: "It is estimated that about 30 out of every 100 of Vietnam Veterans have had PTSD in their lifetime."

Tappana said there are some symptoms every person can identify when suffering from PTSD.

"Feeling like you are almost re-experiencing the trauma," she said. "It's very common for people to have nightmares flashbacks from something smalls in their day-to-day life trigger something."

She said the harder people try to convince themselves they don't have PTSD, the worst the disorder gets.

"Often people have the misconception that it’s somehow weak to seek treatment, to seek help," she said. "They think that I can just change my attitude and think happy thoughts and I'd feel better. Unfortunately, that’s not often the way it works."

Tappana said the best way to deal with PTSD is to look for professional counseling.

"I strongly encourage you to reach out and ask for help. The good news is that we have very effective counseling, people can get better, people do get better," she said. "You don't have to suffer and the sooner you reach out and ask for help, and start really dedicating yourself to that healing process, the sooner you are going to get unstock and are going to be able to move forward with your life."

As for McMillan, he said people can help veterans overcome PTSD.

"When you see the veteran, in the restaurant, on the street, at the parade, whatever, wearing that bold cap that indicates they're a veteran, or maybe the t-shirt, or holding the flag, tell them thank you," he said. "That means so much to us, especially from the younger generations."