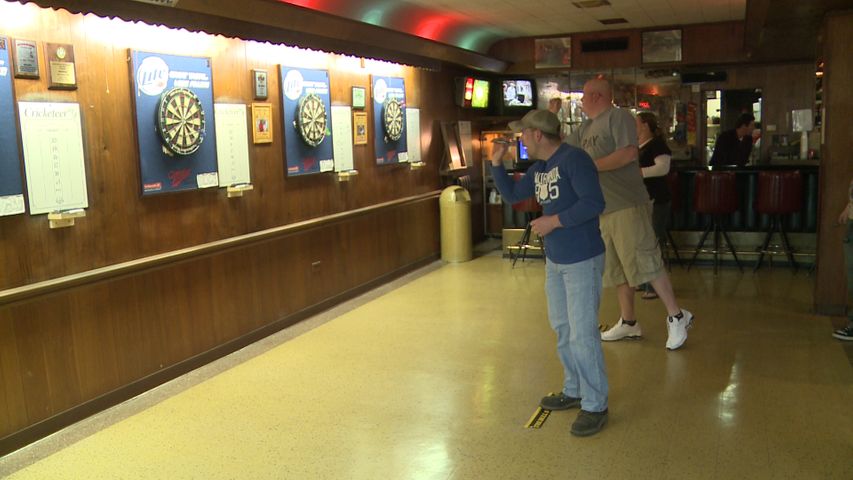 JEFFERSON CITY - You can call him Sergeant John Johnson of the Army National Guard if you'd like. But down at VFW Post 1003, he's known as "Beef."

"I'm the biggest guy down here," he said with a shrug and a smile.

"Beef" is at least the biggest guy at Darts League night Monday, aiming for bullseyes with his buddies the same day news broke that Osama bin Laden had been killed in Pakistan. Johnson says he got a familiar feeling when he heard news of bin Laden's death, because he was serving in Iraq in 2003 when Saddam Hussein was captured.

"It kinda falls in the same place as having Bin Laden, because those were the two biggest threats on terrorism that we've had," Johnson said.

Post commander Tom Ward calls it a cause for celebration.

"I think it's payback for what he did to the United States and the thousands of troops that, because of him, died in the line of duty," Ward said.

Ward also said that he doesn't think this means the fight is over, and that there will likely be U.S. troops in the Middle East for many years to come.