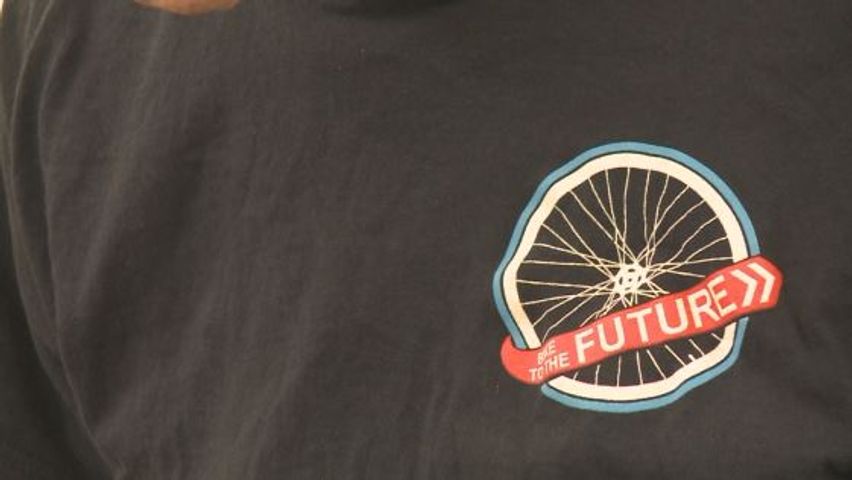 COLUMBIA - Tyler Kempker is a volunteer for Bike to the Future. A program that gives bikes to people in the community who don't have a car. The group has donated bikes to the homeless, refugees, re-entry residents and people who are in need.

"Since then I've been involved with Truman Veterans' Hospital. I deal with PTSD and the VA has really helped with that," Kempker said.

He now spends his time outdoors, hiking, and fixing bikes.

"It helps to do things that get your mind off of what bothers you, fixing bikes does that for me."

In the beginning the program depended on individual volunteers who signed up through the organization's website.

That was before veterans from Truman Veterans' Hospital started coming every Tuesday to fix donated bikes so they could be given away.

Kempker is one of those veterans. He said fixing bikes allows him to help the community and himself.

"Fixing these bikes is an outlet for us. We don't have to think about anything else but getting those bikes out to those in need," Kempker said.

Dan Steska is the lead volunteer for Bike to the Future. He said the program has been around for a year now and has grown to help almost everyone.

"We had no idea that this would grow to help both the community and the volunteers when we started this," Steska said. "It's truly fulfilling."

Erin Carr is a recreational therapist at the V.A. hospital. She said fixing bikes is more than just a volunteering opportunity.

"It's important to understand that a lot of the bikes end up in the hands of other veterans in need who are out in the community," Carr said. "So it's this idea of veterans helping veterans, it's a circle."

For Kempker, this is partially why he loves volunteering so much.

"It's big for us. I mean I love helping everyone, but when we as veterans get to help other veterans, it means a lot," Kempker said.

For more information on how to contact or donate to Bike to the Future you can visit its website.