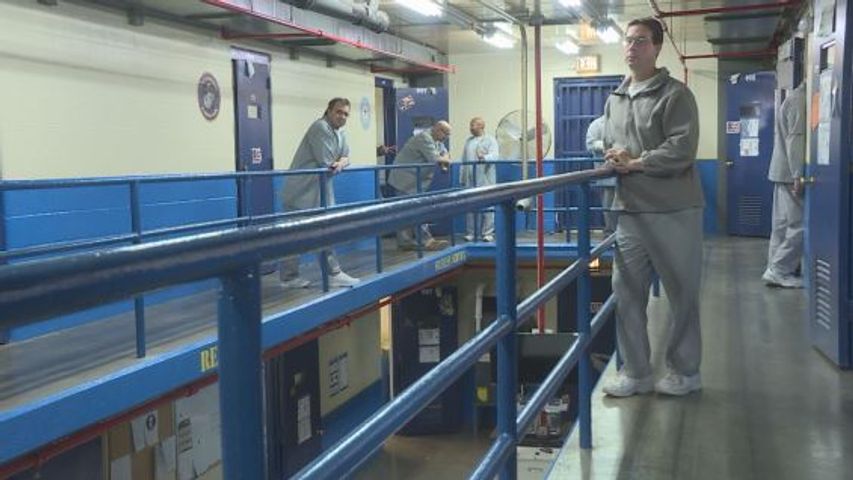 MOBERLY - Veterans at Moberly Correctional Center say a program designed to reconnect former servicemen to their military values has far exceeded their expectations.

“I said something in my speech last year about this program giving me and giving everyone else hope, and I would say at this point it’s even went beyond hope to now I have confidence,” said Michael Mosslander, an Army Reserve veteran who served in Iraq.

John Stockdall, a 10-year Navy veteran, said hearing the Star Spangled Banner at almost made him tear up.

The program is a voluntary group for incarcerated veterans to live in a more structured, military-like setting. The veterans participate in PTSD treatment, anger management, peer-led courses and substance abuse therapy.

Mosslander said the veterans are responsible for shaping the program to fit their needs. He created a goal-setting class called, “The Battle Plan for Life’s Victories,” where group members can share experiences and strategies for transitioning back into civilian life.

Stockdall said reintegration is his ultimate goal. He thinks there will always be a stigma to combat, but the program is giving veterans the right ammunition.

“As long as we walk with our head held and say, ‘OK, I’ve done what I’ve needed to do to try and help myself and take the classes and the time to learn,’ then I think we benefit, not only ourselves, but society," he said.

Stockdall said that's important because those in the program will eventually return to society.

“I want somebody to be fine with me being their neighbor,” he said.

In the past year, correctional facilities in Boonville, Algoa and Potosi have implemented similar veterans programs. In Moberly, the program is completely full with 65 members and 30 men on the waiting list.