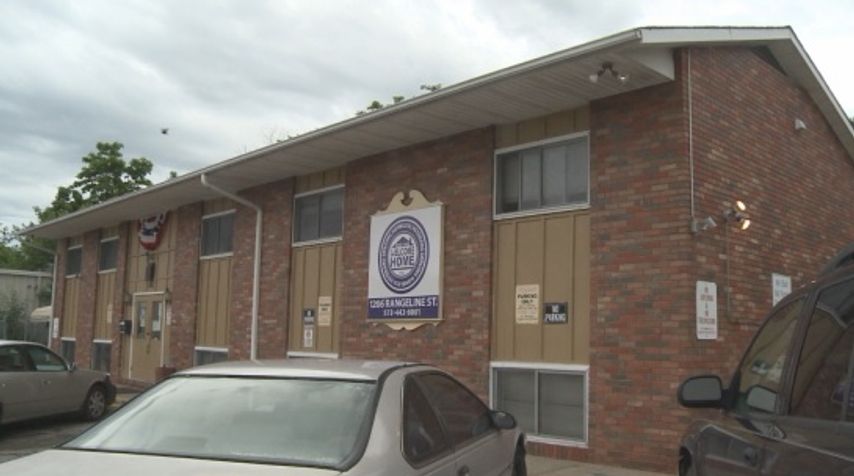 Welcome Home, Inc. is a non-profit community-based program that enables homeless veterans to return to society as productive self-supporting citizens. The shelter on Range Line Street houses up to 12 homeless male veterans. The program has been operating out of the Rangeline location since its creation in 1992.

Grim, the chief executive officer of the non-profit, said the program was originally started by five Vietnam veterans who returned home and saw many of their comrades living on the street

"They vowed that, as they did not leave anyone behind on the battlefield, they were not going come back here and leave their veteran comrades on the street," Grim said.

She said these five veterans purchased their existing headquarters on Range Line Street with their own money in 1992.

"There was never any money left over for renovations and for upkeep," Grim said. "It was about getting them off the streets and putting them in a secure, safe environment."

The building was originally built in 1968, and Grim said the wear and tear of fifty years is starting to show.

"Every time the rain season happens in this area, it becomes a real challenge for this building and for staff and residents who live here," she said.

The basement level of the building has flooded to the point that Grim said they have had to to relocate residents and staff.

Grim said the flooding and lack of space inspired the capital campaign that the organization announced in December. The goal of the campaign is to raise enough money to build a brand new facility for veterans at Business Loop 70 East in Columbia.

This new facility is expected to house 32 veterans, including female veterans and veterans with families. The non-profit needs to raise $3.5 million in order to build the new facility, but it has only raised half a million dollars through grants and small donations since December.

Welcome Home, Inc. hopes to also keep the Range Line location, but Grim said it will cost $20,000 in renovations in order to keep the current building operational.

Grim said the most recent bought of rain has emphasized to the organization that they need to get the new building built as soon as possible.

"We need to really spend time and effort and funding on keeping this place going and fixing the things that we can fix while we continue to raise money and work on the new building," Grim said.

For more information on the capital campaign and Welcome Home, Inc., visit their website.