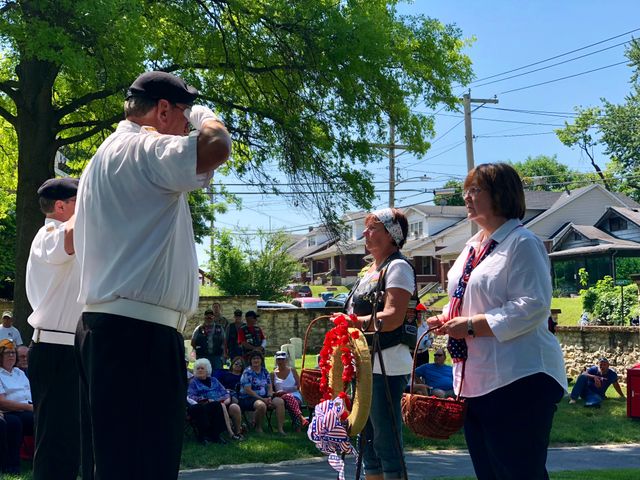 The cemetery is now completely full and veteran groups, along with city officials, are petitioning the federal government for a second one.

"Having that here centrally in central Missouri in the capital city is very important," said Mayor Carrie Tergin. "It's important for respect, so we can show respect to our veterans for all they have given to each of us for this country."

Tergin said the turnout of veterans on Monday shows how involved they are in the community and the importance of dedicating a final resting place for them.

Jefferson City High School's new football coach, Air Force veteran Terry Walker, was the keynote speaker, and said he wanted the audience to understand why people choose to serve, and how important it is to honor them on Memorial Day.

"It gives us an opportunity to stop and reflect about the sacrifices that so few have made for so many," he said.

Walker said having another national cemetery for veterans in Jefferson City is essential so mid-Missouri families can pay their respects without having to drive for extended periods of time.

In order to build a new cemetery, the city has to get approval from the Department of Veteran Affairs, which can be a lengthy process.

Tergin said, "I think right now it's more in the exploratory phase of what it would take to get one here and showing the support in the community and writing the letters."

She said the VA considers factors like population and city size before approving a new national cemetery. The VA's current policy is to build where "the unserved Veteran population is 80,000 or more within a 75-mile radius."

The current national cemetery was designated in 1876.