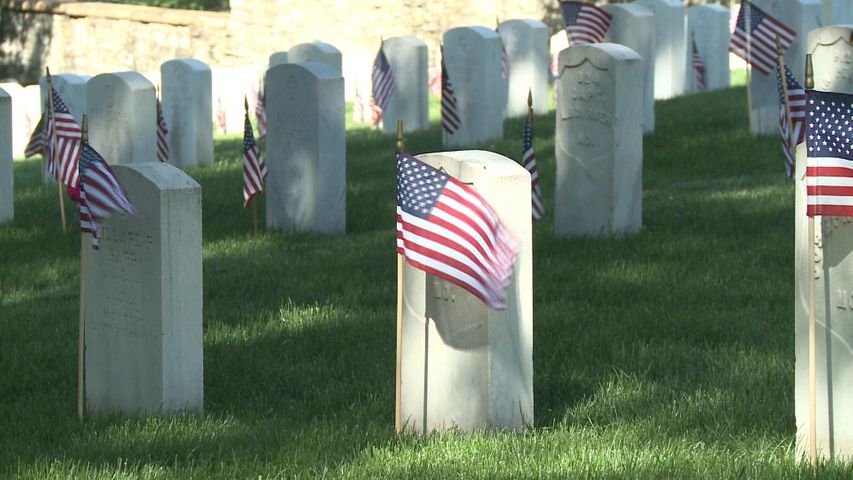 JEFFERSON CITY - Crowds gathered in the Jefferson City National Cemetery Monday morning to honor those who served.  The ceremony started with the pledge of allegiance and continued with a variety of speakers.  Toward the end of the service, they read a list of a dozen names.  Those names were veterans died in the line of duty.  When each name was called, a person representing the name would walk up with a poppy and attach it to a wreath.

The National Guard concluded the service shooting off their rifles.