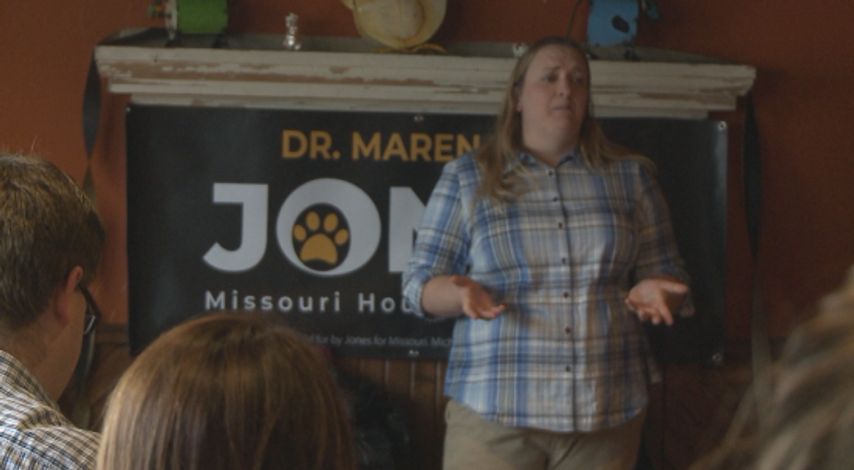 COLUMBIA - A veterinarian launched her campaign for the Missouri House of Representative District 44 seat Sunday.

Jones said one of her goals is to represent the people of mid-Missouri.

“One thing I do seek to improve upon is the transparency and the availability of the representative to the people,” she said. “I want people to think that they can reach out to me with their concerns.”

She held her campaign kickoff at Como Smoke and Fire. Around 40 supporters attended the event.

“I want to make sure that we’re reaching to out folks who are not commonly heard in places both in the Columbia area as well as the outlying areas as well,” she said.

Jones said her veterinary and biological background will bring a different perspective.

“Why aren’t more people trained in science in political office? They’re the ones that have to make decision regarding legislation, public policy, agriculture, academia, climate change and other environmental concerns — all of these are a really big deal,” she said.

Toalson-Reisch said her ties with Boone County and public service experience will benefit her and the people of the 44th District.

“I do believe that since my family has been in Boone County over 200 years, helped found MU in 1839, and that I have the worked in public service for 36 years, that I have the experience, background and knowledge of the District to best serve them,” Toalson-Reisch said.

Toalson-Reisch said she will continue to serve the District as best as she can in a possible second term.

“I will use common sense approaches to every bill that is presented and how it will affect them and the State’s role in good government,” she said.

The vote for the House of Representative seat is November 6, 2018.