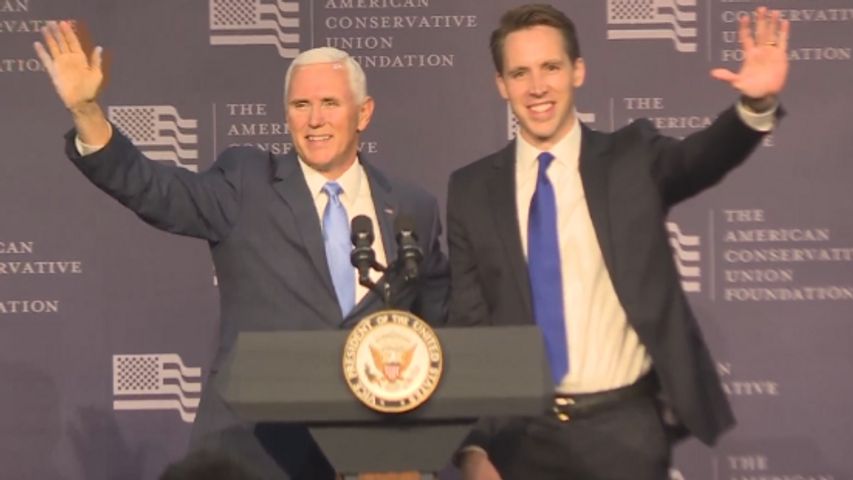 Major talking points among the speakers included job growth, healthcare for veterans and opposition to letting migrants into the country.

Parson described Hawley's opponent, incumbent Sen. Claire McCaskill, as a "setting sun," and said "I hope she has the best second place finish she can have."

During his speech, Pence repeatedly endorsed Hawley, "he will fight for Missourians," Pence said.

The vice president told the crowd they can make history in the 2018 elections by voting Republican, as they did in the 2016 presidential election.