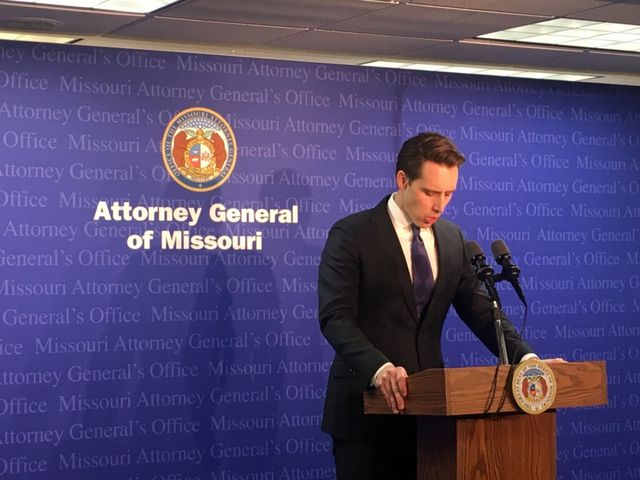 JEFFERSON CITY - A victim advocate said Tuesday she is not surprised to hear there are at least 5,424 untested sexual assault and rape evidence kits in Missouri.

"We knew kits weren't being tested, but we had no idea how many and the reasons for those numbers," Jennifer Carter Dochler, Public Policy Director for the Missouri Coalition Against Domestic and Sexual Violence, said.

Missouri Attorney General Josh Hawley announced the findings of his statewide audit on Monday. That audit said the 5,424 untested kits is up by 535 from the preliminary number of untested kits he announced in May.

Dochler said one of the coalition's goals was to know exactly how many kits are untested in the state, but she said knowing this number is only the first step. She said 5,424 is not 100% because not all agencies with these kits submitted their numbers.

The Boone County Sheriff Department did not submit its rape and sexual assault kit information. Chief Deputy Major Tom Reddin said he does not know how many the department has in its custody because the system is more than 25 years old. To get the number, the department would have had to manually count its kits. He said it would have been too time consuming.

In May, the preliminary report listed six reasons why law enforcement agencies might not submit a kit. Those reasons were victim non-cooperation, a victim not being credible or no evidence of a crime, instructions from the prosecuting attorney, the suspect could be identified without DNA testing, instructions from forensic laboratories, or other.

Dochler said knowing there are 5,424 untested kits will help address the specific problems and barriers of why so many go untested.

"This data can be very important when you're trying to identify whether a third aren't being tested because the victim didn't consent, or is it a third because law enforcement hasn't submitted the evidence," Dochler said.

The final numbers come with the state attorney general's announcement that the office has received a $2.8 million Sexual Assault Kit Initiative (SAKI) grant from the U.S Department of Justice. With this federal funding, the state attorney general's office will develop an electronic tracking system for all sexual assault evidence kits. There currently is not an electronic system.