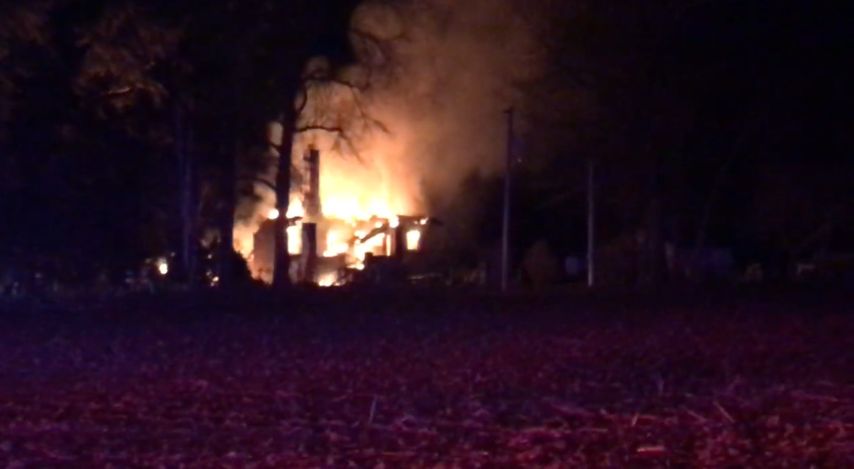 AUDRAIN COUNTY - A home near Centralia was destroyed by fire late Saturday night.

The Boone County Fire Protection District tweeted it was providing mutual aid for house fire in sourthern Audrain County shortly after 10 p.m. The home is located on Highway 151 just east of March Road, north of Centralia.

Firefighters on scene said the house was engulfed in flames when they arrived. They had to fight the fire defensively, the department said.

A KOMU 8 reporter on scene saw a two-story house covered in flames. She said crews were still working to put out the fire at 11:30 p.m.

It was not clear if anyone was home.