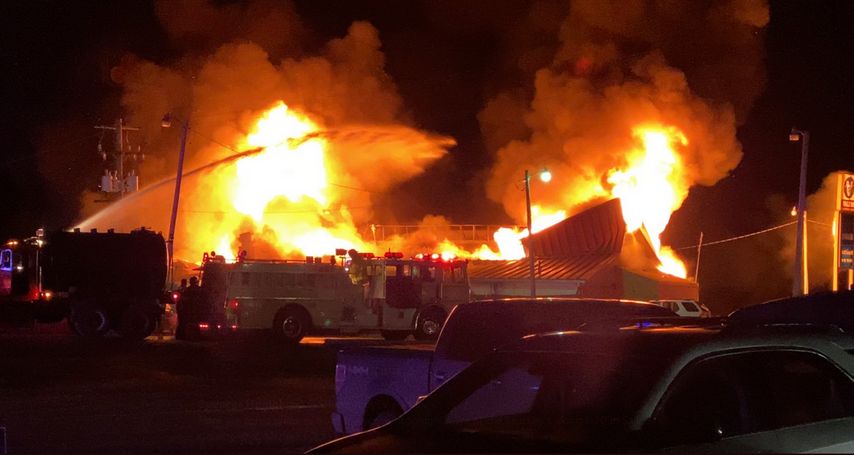 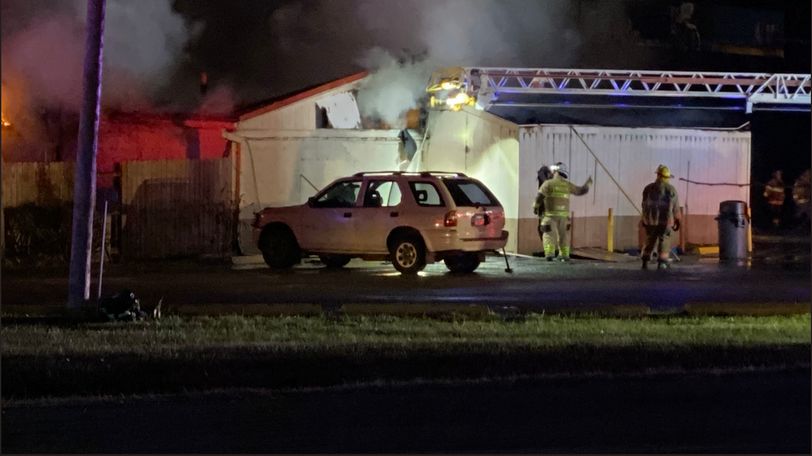 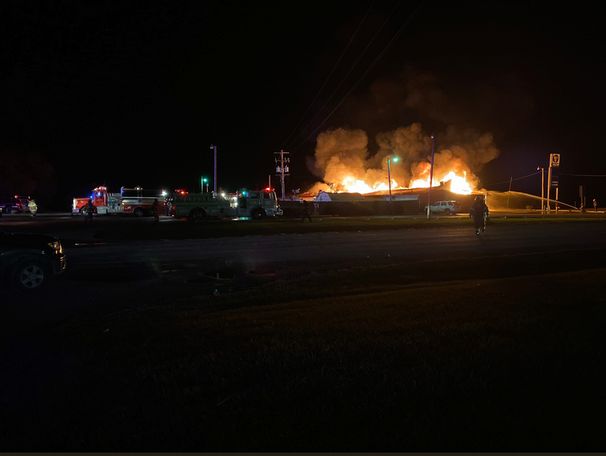 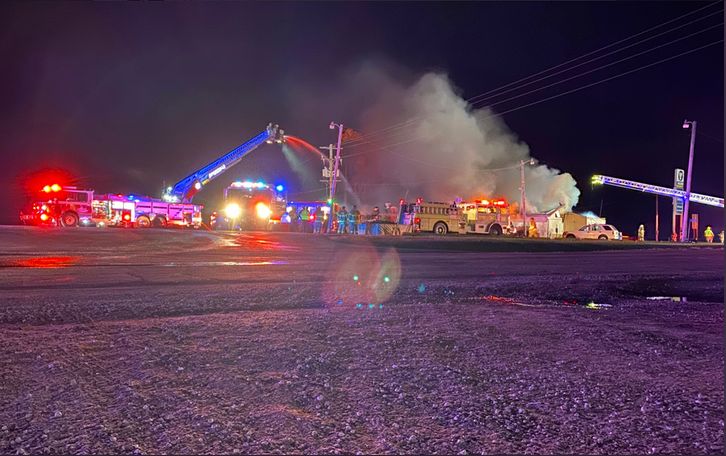 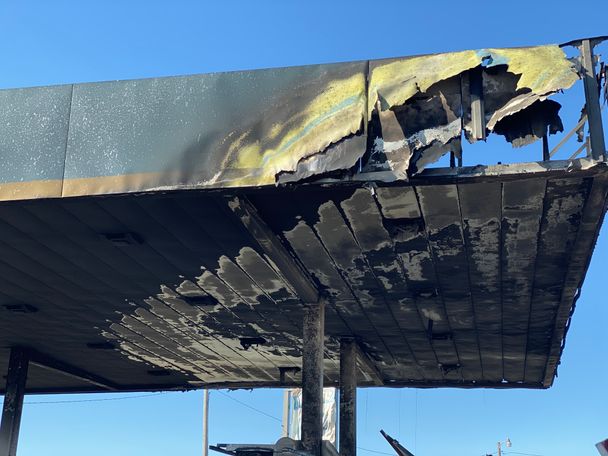 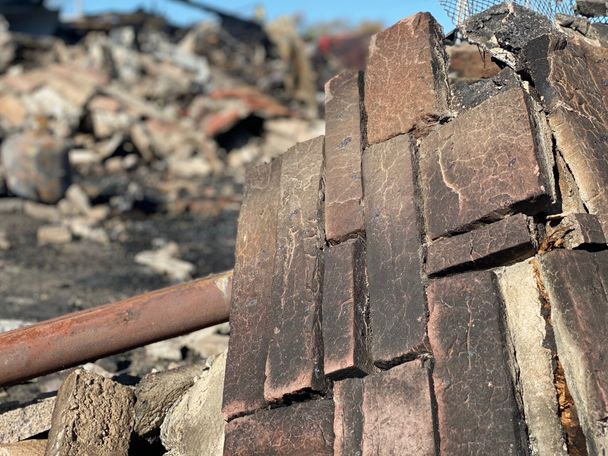 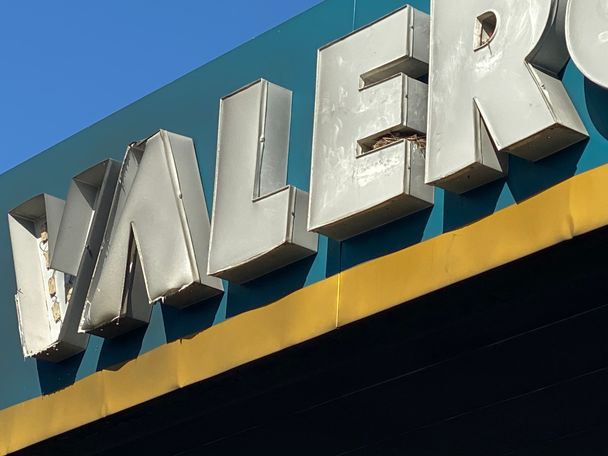 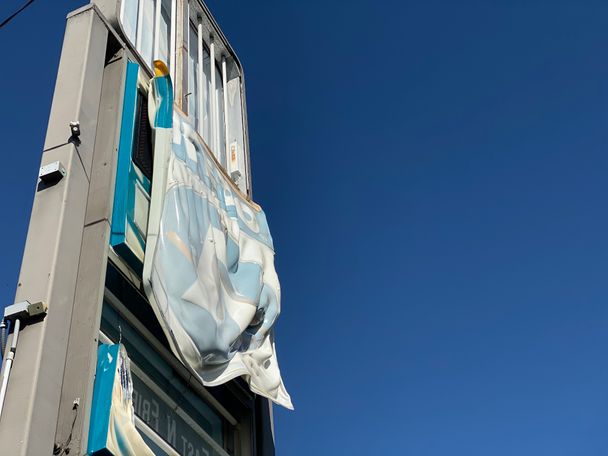 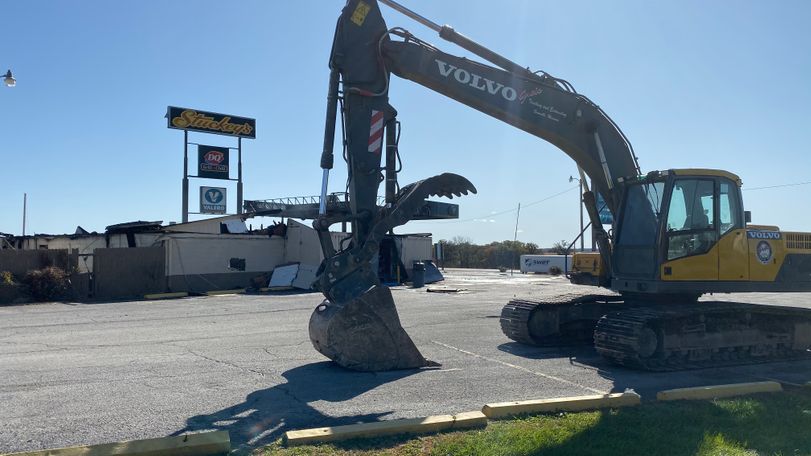 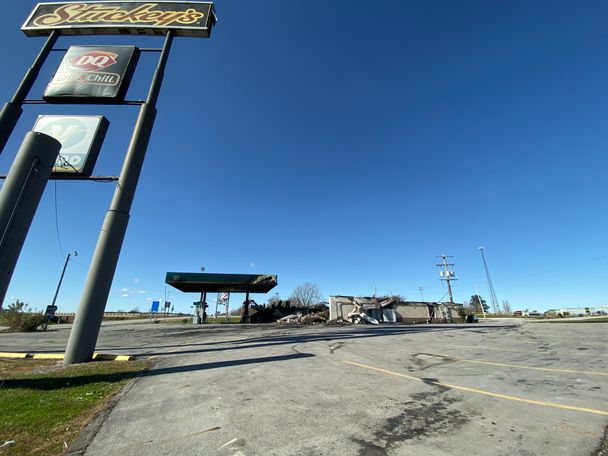 SALINE COUNTY — Flames engulfed the Stuckey's restaurant, Dairy Queen and gas station in Nelson off of I-70 Friday night, forcing the interstate to temporarily close.

A KOMU 8 reporter arrived on scene around 8 p.m. and tweeted videos of heavy smoke coming out of the restaurant on Highway J in Saline County. Around 8:30, flames became visible through the roof.

A Cooper County firefighter on the scene told KOMU's reporter the fire started on a stove in the Dairy Queen kitchen.

"It made me cry.... like, I started at this company five and a half years ago," Dairy Queen district manager Jessica White said. "This is the building I started at."

"When we got on scene the kitchen area was fully involved." Fahrendorf said. "We tried to do a quick interior attack of the kitchen to try and get it knocked down."

He said the fire spread to the attic and roof before firefighters could put it out.

One Pettis County firefighter was treated on the scene for heat exhaustion. Fahrendorf said the firefighter did not need to go to a hospital.

Firefighters asked reporters to move back at one point because there was a risk the gas could ignite.

“The employees could not find the fuel shut-offs which is a very high risk danger to us firefighters," Fahrendorf said. "One of the spots where we had heavy flames coming there was a rack full of propane tanks… that was a danger that we tried to keep cool and that had to basically give up because we couldn’t keep it cool enough and keep the fire knocked down.”

I-70 Westbound was closed past Exit 89 and Route K North/Blackwater at mile marker 90.2. It reopened around 10 p.m. when MSHP tweeted the fire had been contained.

Fire crews were still on scene as of midnight. Fahrendorf said he expected them to remain for a few more hours.

The decades-old building was a favorite stop for travelers bewteen Columbia and Kansas City.

"It’s devastating," nearby business owner Wendi Cornine said. “Stuckey’s has always been like an icon on I-70. Everybody knows where Stuckey’s is. When we tell people how to get to our shop we say ‘Stuckey’s’ and they know where Stuckey’s is.”

Still a few flames showing. Building is totally demolished. The Dairy Queen District manger in charge of this location tells me everyone got out and no one is hurt. @KOMUnews pic.twitter.com/oRfRyvK0WO

This is what Route AE looks like right now in Saline County near the fire. Traffic as far as the eye can see. @KOMUnews pic.twitter.com/0H1wszvccm

Firefighters checking nearby business to make sure they’ve evacuated. They tell me there is potential for the gas to ignite. @KOMUnews pic.twitter.com/tETdmrKsVW

Flames are getting bigger. Roof is beginning to give way. @KOMUnews pic.twitter.com/LqO1ajXQRB

I’m on am the scene of a major fire at a gas station along I-70 in Saline County. Here’s what I know so far: @KOMUnews pic.twitter.com/nRvJkAUngd