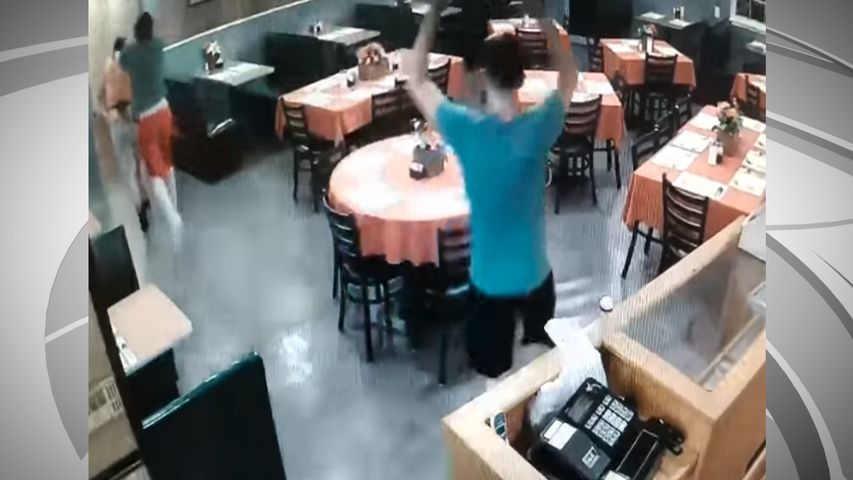 The video shows two suspects with hats on and clothing tied around their faces. The two male robbers entered the restaurant with a handgun. In the video, one suspect puts a gun to a woman's head and another victim is seen getting on his knees with his hands up before being directed by one of the suspects to move.

The sheriff's office said in a post on its Facebook page that during the course of the robbery one of the suspects fired a round and a victim's leg was hit by a bullet fragment.

The post said deputies are continuing to follow up on leads and have identified possible suspects, but they are still asking for the public's help.

"We will continue to work tirelessly until these cowards are behind bars where they belong," part of the post read.

Deputies are asking if you have any information or noticed anything suspicious in the Vichy area at around 9 p.m. on July 7, to contact Detective Kilmer at 573-422-3381.

The suspects are considered armed and dangerous, according to the sheriff's office.