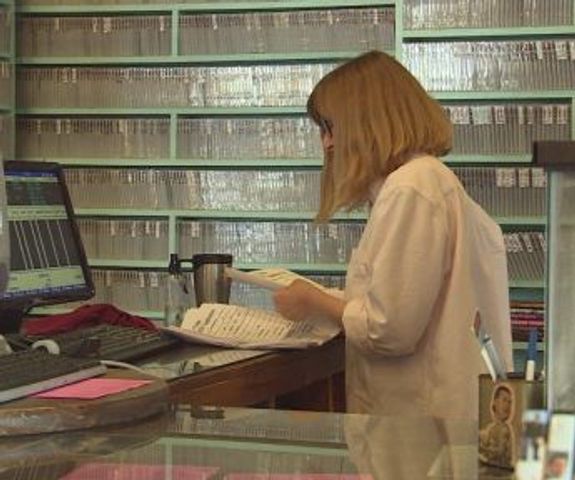 COLUMBIA - Since Netflix started in 1997, it has changed the way people watch movies and television shows.

According to Netflix, the service added 3.3 million subscribers during the second quarter of 2015. 900,000 subscribers were in the United States while 2.4 million came from foreign countries. Netflix currently has 65.5 million members.

Janet Marsh, the owner of Ninth Street Video in Columbia, is confident in her business and believes it can withstand the growing popularity of services like Netflix.

"I mean they have a lot of choices, but we have choices that you can't get on Netflix," Marsh said.

Many video rental companies such as Blockbuster have gone out of business, in part, because of the digital trend. Marsh believes running a video rental business in Columbia, however, is an exception to this fact.

"A lot of the people in Columbia still like to frequent the businesses that are owned by Columbians and that are unique to this community, and they're going to have a different kind of experience in those businesses than like if they go to, I hate to say this, a Walmart or one of the big chain stores," Marsh said. "They all look the same anywhere you go."

Lisa Schwartz, a long-time customer at Ninth Street Video, enjoys the overall experience at the store.

"I've been coming for really more than a decade in part because of the selection, the knowledge of the people who work here, and the passion that they have for movies," Schwartz said. "It's a service that I can't get anywhere else."

Family Video in Fulton is another video rental store that is working to adapt to the changing times. District Manager Mandy March claims Netflix has not had a significant effect on the company.

March believes Family Video has features that separate the company from the competition.

"Our video store offers new releases on day 1, so a lot of some other places are not able to have access to most of all their new releases on the first day," March said.

March said the store typically has new releases four to six weeks before Netflix does. She also said membership with Family Video is free as there is no credit card or contract requirement.

While Netflix continues to attract a growing number of people, both Marsh and March believe friendly customer service at video rental stores will keep customers coming through the doors.