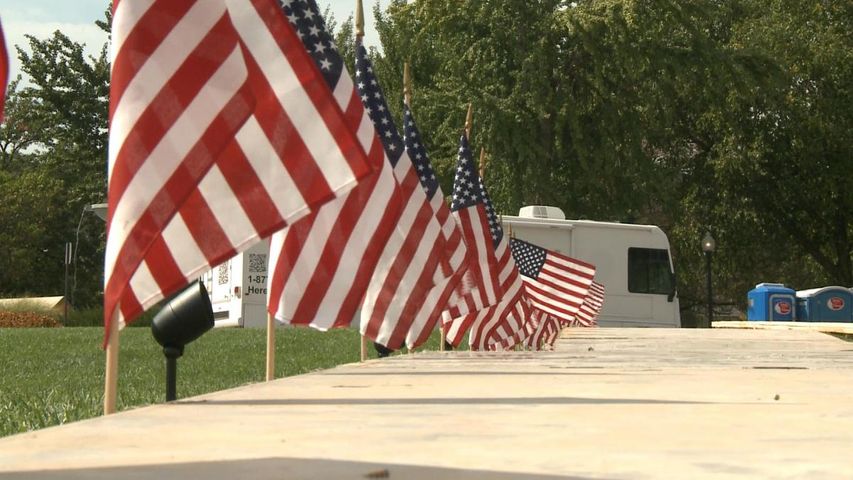 The memorial is a half-size replica of the Vietnam memorial in Washington D.C.

Don Hentges, president of the Jefferson City Veterans Council and Vietnam War veteran, said the wall means a lot to him.

"For me personally, I had a very good friend that was killed the day that I was wounded, and I told him, I made a promise to him that he would never be forgotten," Hentges said. "This is one way that I think I can make sure that he's not forgotten. To have a wall here, and have things like this to make people aware that over 58,000 people died over there."

Phil Kalaf, vice-president of the Jefferson City Veterans Council, served three tours in Vietnam and said ten years is too long for the wall to be away.

"So, it's due time to bring it back to town," Kalaf said. "Present it to the next generation. The wall is used for healing. There are still some people in town, veterans that need to get healed by experiencing this again, so we decided to bring this back into town."

Hentges said the wall can be a valuable teaching tool for students.

"School kids that were kids then are grown up now, so they're bringing their families and teaching. I know they get some history in school, but there's nothing like seeing 58,000 names on a wall," Hentges said.

Kalaf said he would like to thank the local carpenters and electrical unions for their help setting up for the event.

Visitors can see the wall at the Missouri State Capitol through Monday. Several events are scheduled beginning with the opening ceremony and a reading of the names.