A flooded street in Fulton, Missouri on August 2, 2016. Photo/Michael Rogers. 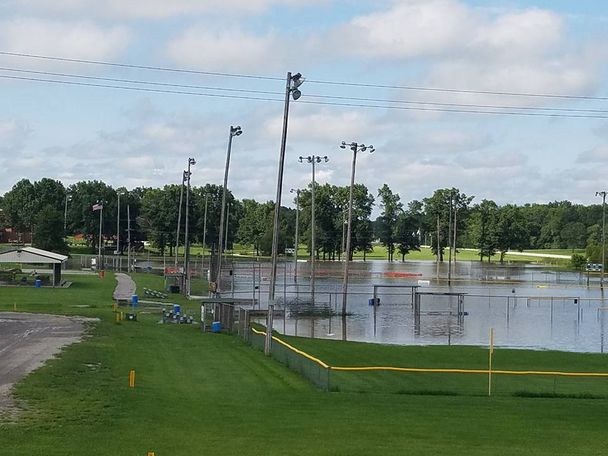 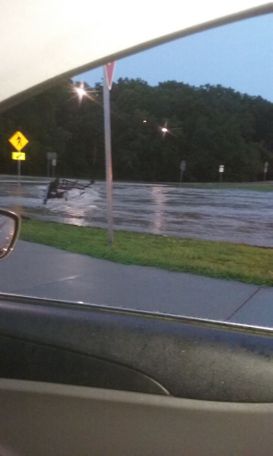 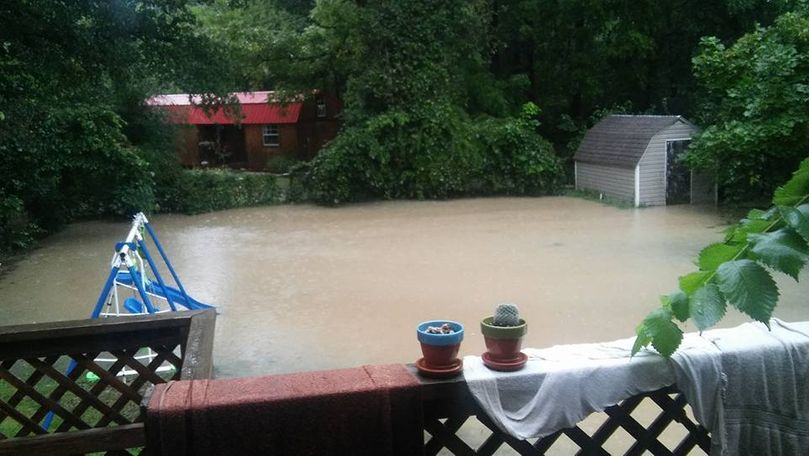 Water backed up from the yard into the flooded basement. Photo/Leslie Bruce. 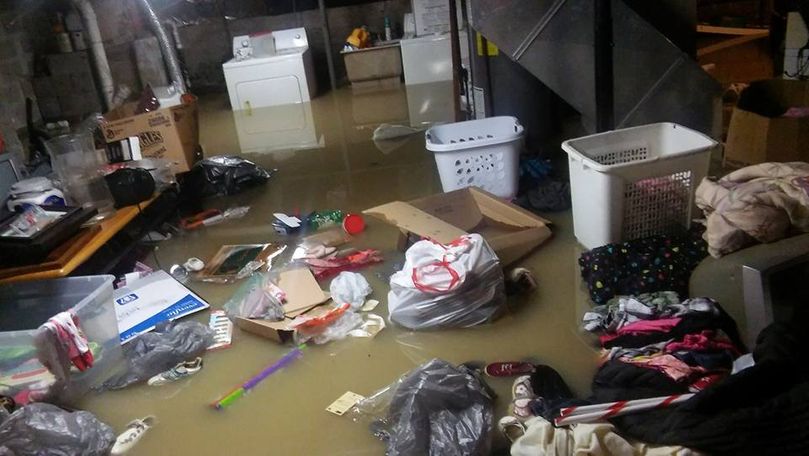 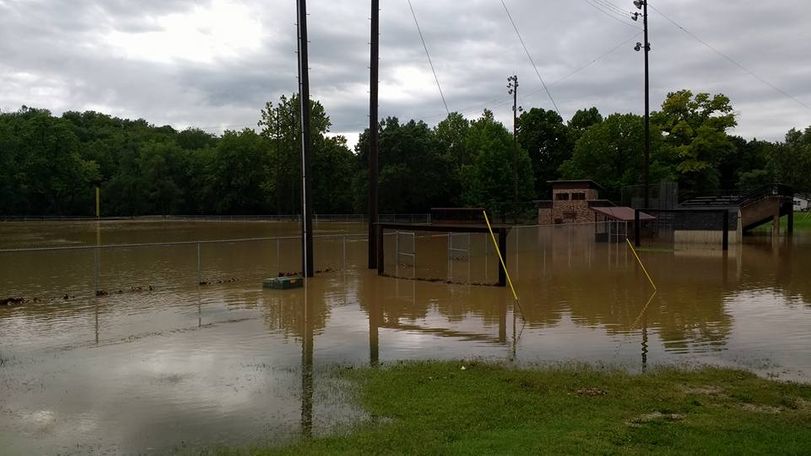 Fulton, Missouri saw flash floods after some areas got up to 8 inches of rain. Photo/Michael Rogers. 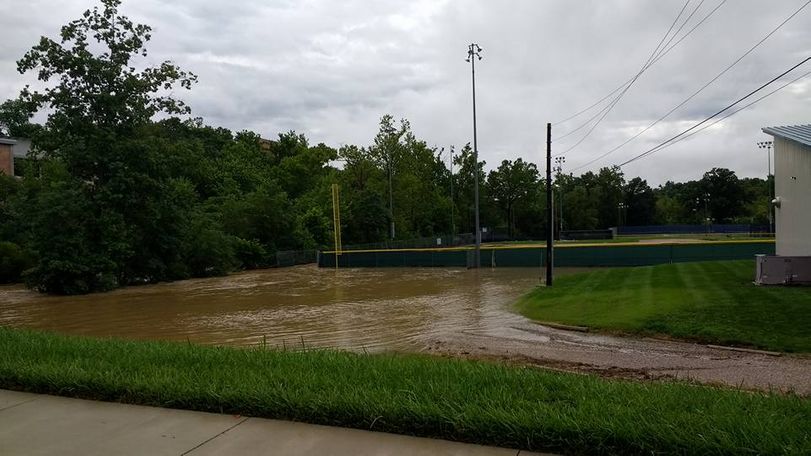 This ball field at Westminster College was among the flooded areas. Photo/Michael Rogers. 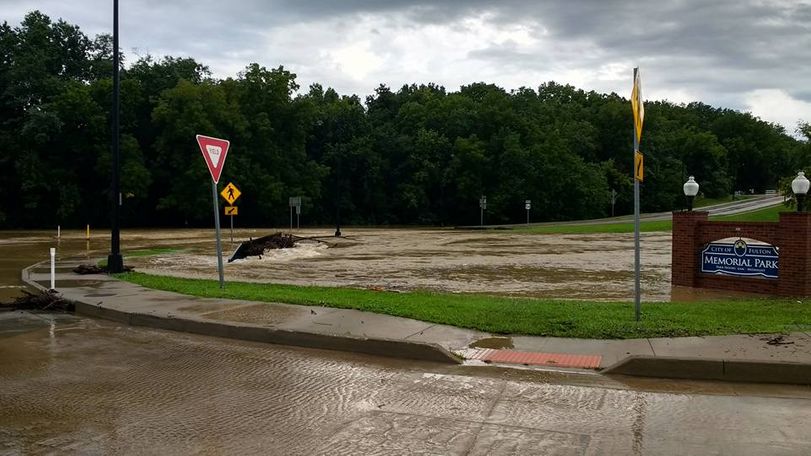 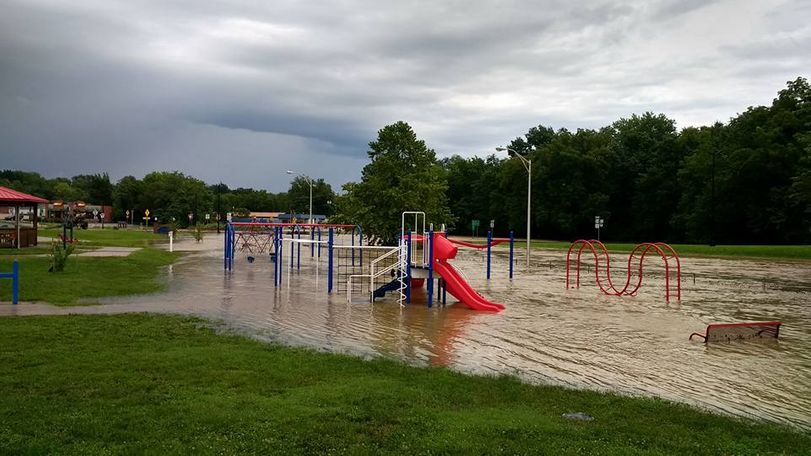 The playground at Memorial Park in Fulton, Missouri was covered in deep water on August 2, 2016. Photo/Michael Rogers 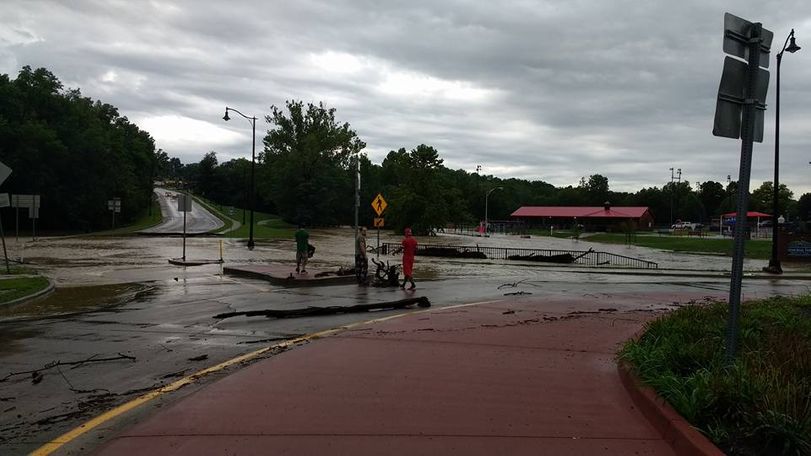 COLUMBIA - Heavy rains that caused flash flooding in mid-Missouri ended Tuesday. Between 2 and 8 inches of rain fell throughout the region Sunday and Monday, according to KOMU 8 weathercaster Tori Stepanek.

Several KOMU 8 viewers shared their photos of the flooding.

Michael Rogers documented the scene at Memorial Park on Business 54.

"I checked the creek out in different parts of town, and it's just amazing the amount of power and force that this water has. There were fences bent and debris from someone's backyard. I even saw a turtle who took to higher ground.

Rogers said he saw a lot of other people out taking pictures and shooting video.

"Naturally, people are curious about such things," he said.

Leslie Bruce said the rain filled her yard and then poured into her basement.

"That's gonna be fun to clean up. Lots of clothes down there for my little ones, hopefully they're not all ruined," she said.

"My basement is destroyed, carpets, drywall, everything," he said.

Kaitlin Murphy was one of the first viewers to submit a picture Tuesday. She said, "Be safe today folks."

Stepanek said the rain is done for the work week. August was off to a wet start after records were set last month.

"In July, we were 6.54" above average for rainfall, making us the third wettest July in Columbia on record since 1890," she said.