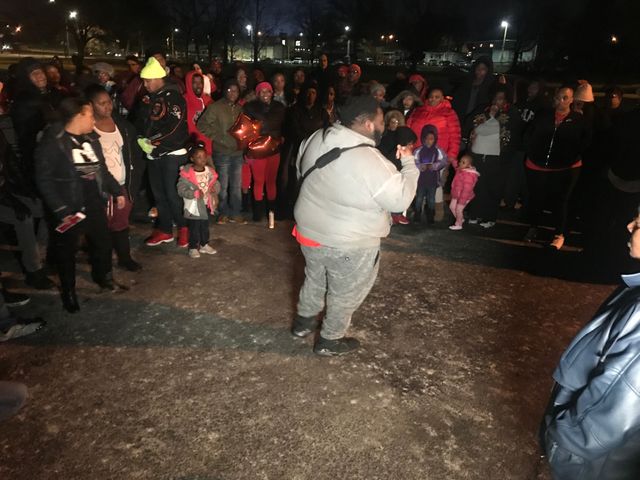 Boone County Sheriff's Department said Harris was shot and killed Saturday after unlawfully entering a home on the 5700 block of Limoges Drive.

"He was always there for me when I needed him. He was the best brother someone could have," sister Anayah Harris, 11, said.

"He was my nephew and my best friend," Jones said.

The event began with singing and prayers as more and more people began to arrive. Harris' mother and father were in attendance as well as many members of his family. People who knew Harris took turns speaking about his positive impact on their lives.

Willie Harris, Ahmonta's uncle said he helped raise his nephew. He said Harris was a positive force in the community.

"He was trying to help the community and do everything he could to help those around him," Harris said.

Willie Harris referred to his nephew as the "backbone" of the community and said he had ambitions of running for city council one day.

A memorial concert was also held at the Rose Music Hall, where Harris was set to perform under the name "Monnie Man" Thursday night.