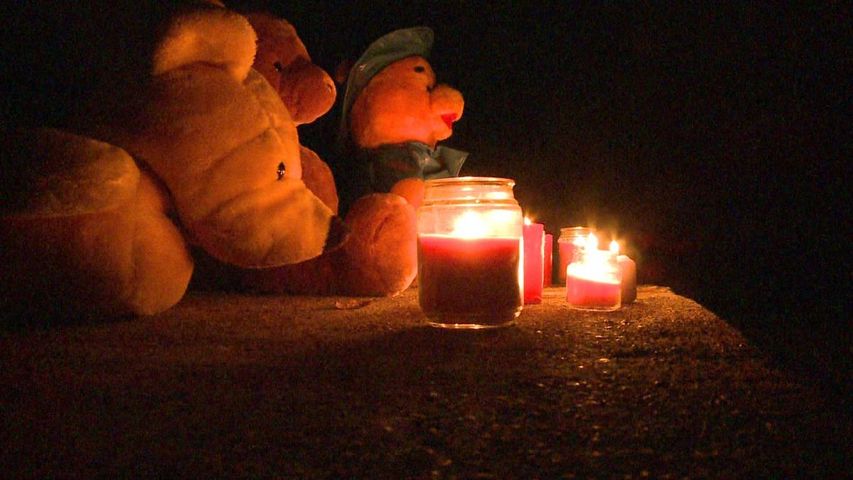 STOVER - A candlelight vigil for a slain three-year-old child drew fewer than a dozen people Friday night, just hours after police charged his mother and mother's boyfriend with second-degree murder.

According to the Missouri State Highway Patrol, 21-year-old Thomas Presley admitted to beating Blake Litton to death Thursday morning, though he originally reported the incident as an accidental hit-and-run on Highway 135. Police said Litton's mother, Jamie, conspired with Presley on the cover-up.

The few Morgan County families who heard about the vigil through the media appeared at Litton's home at 7 p.m. Friday, but no more than 10 people attended the event.

"I'm kind of disappointed in the community," Morgan County resident Crystal Twenter said. "This [vigil] is supposed to be for that little guy. And I can't believe no one has showed up."

Twenter's daughter, Lexi, accompanied her to the vigil. Lexi Twenter said part of her motivation for attending was to fight against child abuse.

"I'm really disappointed that nobody else is out here trying to stop child abuse, like I am," Lexi Twenter said. "Maybe [this event] will help people realize we need to wake up and see what's going on in our comunity."