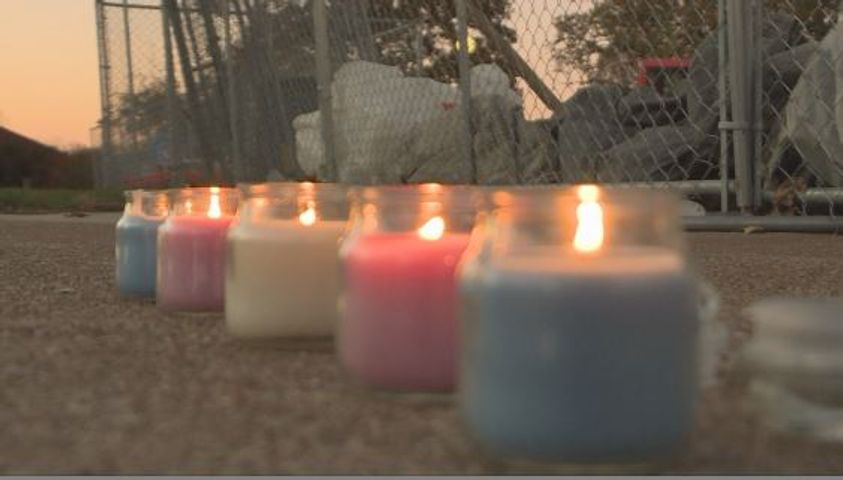 JEFFERSON CITY — The Mid-Missouri Transgender support group held a rally and candlelight vigil at the Missouri State Capitol on Saturday. This is the group's second annual Transgender Day of Remembrance event, which aims to honor transgender people who are victims of hate crimes and murder.

The event featured speakers from all over Missouri. Each speaker gave words of encouragement to transgender people and spoke about the changes they hope to see that will hopefully combat the crimes against transgender people.

The group estimates at least 24 to 26 transgender people have been murdered in 2016 because of their gender identity, which is a record breaking number.

At the vigil, the speakers named each of the murder victims and their cause of death. The event organizer, Cathy Serino, said the demographic most affected by this epidemic is transgender women of color.

"It's been a problem for many years, and it just progressively got worse, especially the last few years," she said.

She also said there is sometimes inaccuracy in reporting hate crimes and murders against transgender people because cities will often report only the person's sex, which may not match their gender. She said the only way to know someone may have been targeted because of their gender is if someone who knows the victim lets others know they were transgender.

Serino said she hopes to raise awareness about the issue and educate others.

"I want to help change that so that future generations will not have to go through all the heartbreak and hate that I've experienced," she said. "This is basically for my grandkids."

Nylah Rogers, who was one of the speakers at the event, said she just wants people to understand transgender people are just normal people.

"A lot of times we are objectified or even seen as a predator or seen as other types of people that are just not normal," she said. "So, coming out and just showing ourselves is really an important part."

For a list of confirmed transgender deaths in 2016, visit Advocate.com.