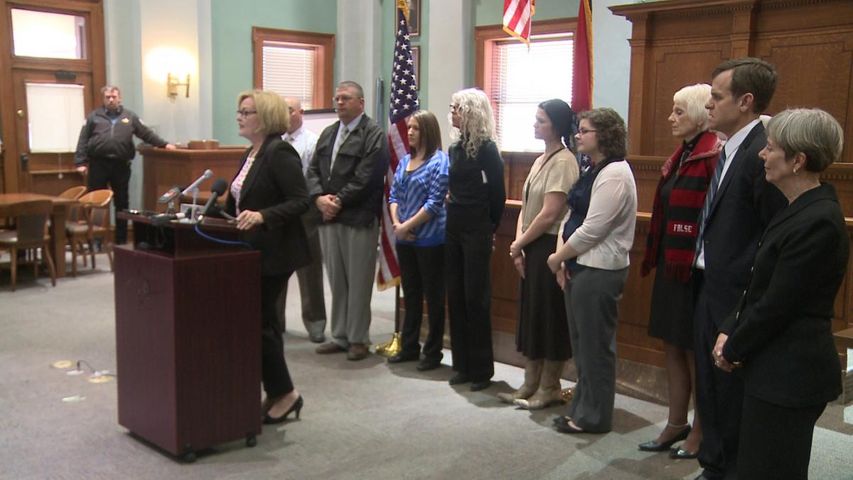 COLUMBIA - On Tuesday, the U.S. Senate passed the Violence Against Women Act with a vote of 78-22. While the House of Representatives waits to vote on the bill, local leaders are discussing its impact on domestic violence in Mid-Missouri.

The impending House vote even prompted Senator Claire McCaskill to visit Columbia Friday to urge the public to contact its representatives to ensure the bill's passage.

"This is life-saving legislation," McCaskill said in a news conference at the Boone County Courthouse.

The Violence Against Women Act (VAWA) provides funding for the investigation and prosecution of violent crimes against women and establishes the Office on Violence Against Women in the Justice Department. Additionally, the act provides grants that fund prevention and victim support programs, including those in Boone County. Columbia's Domestic Violence Enforcement Unit (DOVE) operates with a grant that helps pay for three full-time staff salaries.

"This is a large number of cases that we are handling right here in Boone County," Knight said. "This funding is critically important if we're going to continue to provide this level of service."

Barbara Hodges is the executive director of True North of Columbia, a round-the-clock service that provides shelter and counseling for men, women and children affected by domestic violence. Hodges said True North does not have the funding it needs to operate at the level she desires.

"Without that help, we wouldn't be able to make a lot of these cases in the courtroom," Knight said. "The victims would not have the services that they need in order to hang in there any to testify."

In a letter to Congress last week, Missouri Attorney General Chris Koster explained that in 2011, Missouri women reported more than 40,000 cases of domestic violence and more than 1,400 cases of rape or attemped rape. Koster also noted that although more than 10,000 victims were able to find shelter, nearly 20,000 women were turned away.

On Friday, McCaskill recalled working with victims of domestic violence when she was the Jackson County Prosecutor from 1992 to 1998.

"There weren't and there still isn't sufficient bed space for women seeking shelter and refuge from a very violent situation," McCaskill said.

After the bill passed in 1994, Congress reauthorized VAWA nearly unanimously in 2000 and 2005. Since then, however, Republican opposition to certain provisions have drawn the margin much closer. McCaskill said she still expects a strong bipartisan vote for the bill's passage.

The House of Representatives has not scheduled a vote on VAWA. If the bill passes, Missouri stands to receive about $6 million per year for domestic violence advocacy programs.