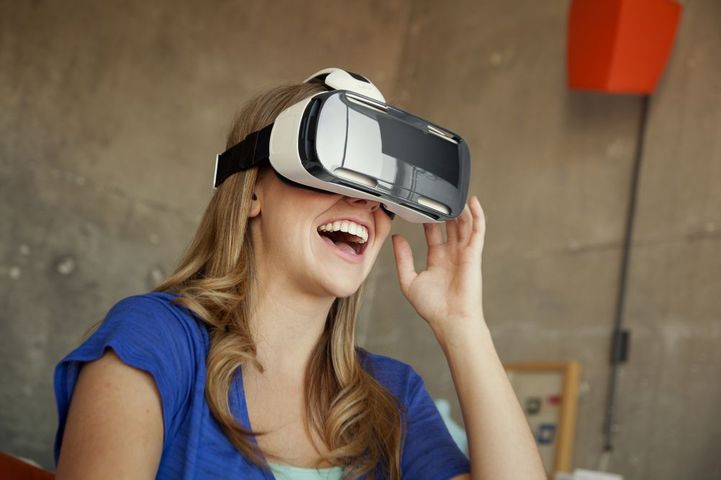 COLUMBIA - If you watched the Super Bowl you saw Samsung's commercial, which featured a virtual reality headset.

It's the latest piece of technology launched by tech companies. Powered by your phone, the headset allows you to enter into a transformative world unlike any other.

MU professor Clyde Bentley says this new technology has the potential to transform the way we work everyday.

"This is something developing at an incredibly fast speed. Eventually were going to have free standing holograms. What we'll see in the next two years is higher resolution virtual reality within mobile phones that power the headsets," Bentley said.

In June of 2014, Google launched the Google Cardboard, the first virtual reality headset. Since then developers across the world have launched similar and often times more expensive headsets.

"It's starting to catch on as people are realizing this is another form of story telling, another medium you can use. To really give people that full experience by having something like a Cardboard or some sort of other viewer, sort of helps ease people into that experience," Whitaker said.

Although at a low cost, the VR headset is unlike other technologies that failed because only the elite could afford to buy them.

"If your average audience is using a smart phone that's modestly powered and maybe doesn't have the access to a full on headset or super computer that can power a full on Oculus rig, then there is a great market for Cardboard," Whitaker said.

Non-tech companies like Coca-Cola and McDonald's are releasing plans where you can create your own cardboard headset without having to pay any money at all.

The headsets can be created simply from the materials of things like a Coke box or a McDonald's Happy Meal box.

"Google didn't patent it so anyone can make a cardboard. You have people cutting them out of pizza boxes, but you also have companies in China making them, so the result is they are really inexpensive," Bentley said.

The content that you're viewing ranges from political rallies to foreign places to theme park roller coasters.

Similarly to a view master, a toy many had has a kid, the VR headsets bring out the same concept. Only now it creates a fully immersive 3-D experience around you, rather than looking straight at one image.

While the headsets still have their kinks Bentley said those can be worked out.

"In order to be successful the headsets are going to need to be compatible with all phones. That's where one of our limitations is the headsets that can only be used with one phone," Bentley said.

This technology comes with endless possibilities for what it can be used for. Doctors are using it to get a more in depth look at patients bodies and students of all ages are using it to further their education.

This technology continues to grow with new developments and apps coming out each day. Find out more on virtual reality by simply searching "virtual reality" on Twitter and Facebook to see what people are working on.