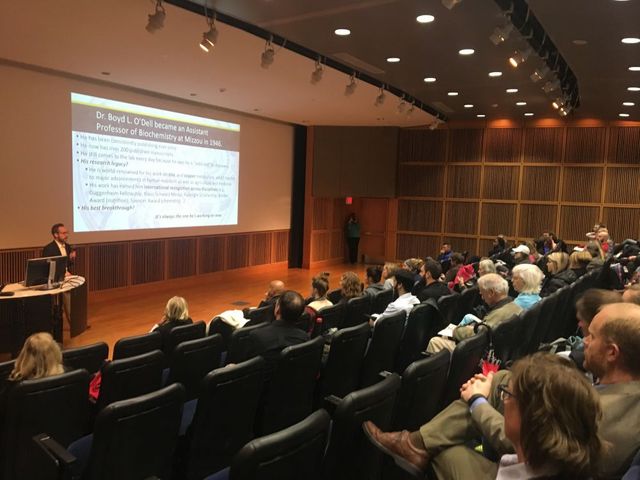 COLUMBIA - A packed audience learned about the connection between obesity and sleep problems Thursday in the Monsanto Auditorium at the University of Missouri.

Eve Van Cauter, the director of the Sleep, Metabolism and Health Center in the Department of Medicine at the University of Chicago, talked about the difficulty with obesity when people have deregulated or poor sleep.

"It's what you eat, and what time you eat that can have metabolic consequences," Van Cauter said.

Rotating night shift workers are especially at risk for the negative consequences of not enough sleep.

The department has publicly promoted health awareness to the public for half a century.

"This started about 51 years ago as 'Nutrition Emphasis Week.' So Mizzou’s had a long and strong history in nutrition, said Christopher Hardin, the department chair for the Department of Nutrition & Exercise.

In the last decade, the departments focus has shifted to focus more on the obesity epidemic.

"About nine years changed it from Nutrition Emphasis Week to Nutrition and Exercise Research Day for a couple of reasons. First, to incorporate exercise with our focus on obesity, that’s the other side of the coin in terms of energetics and energy metabolism, secondly we love the acronym [NERD]," Hardin said.