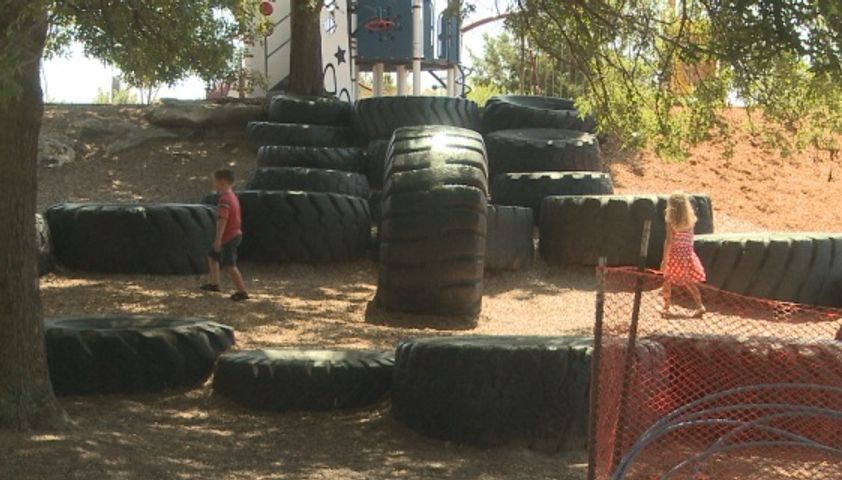 Columbia Parks and Recreation said renovations to the playground are moving along quickly. The renovations include a new rocket ship play feature.

Parents at the playground said they are happy with the improvements so far. Carry Smith brought here kids to the park Sunday and said she feels its a safe environment.

"I like how its shaded," Smith said. "Definently, with it being really hot here."

Smith's daughter, Alexis, said the large tire pit is one of her favorite parts.

"You can play hide and go seek or pretend that you're running on them, that they're big rocks," Alexis Smith said.

The playground is still undergoing renovations, which will be opened as they are completed.