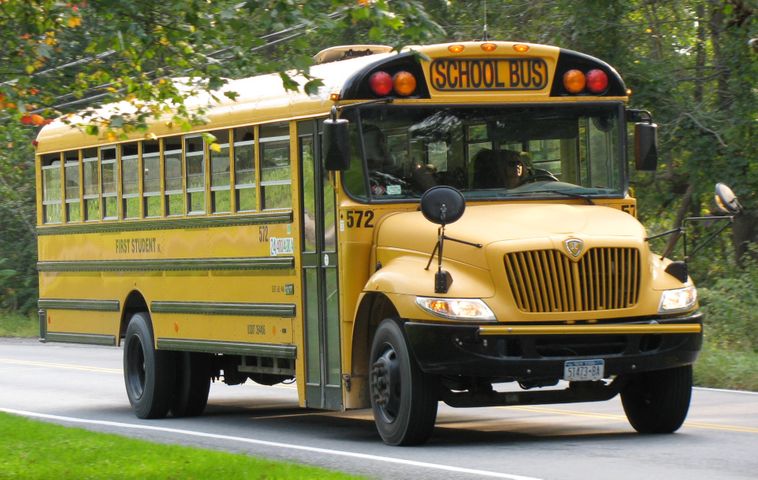 LAKE OZARK – The School of the Osage R-2 district is one of the first school districts to receive money from a national Volkswagen fund. The district is using the money to buy two new, environmentaly-friendly school buses.

When the EPA settled the case with Volkswagen, the company agreed to pay $2.9 billion to a national environmental mitigation trust fund.

According to the Missouri Department of Natural Resources website, each state was allocated part of that trust to fund specific projects that reduce emissions of nitrous oxides from vehicles and electric charging stations. The money awarded is based on the number of vehicles sold in each state. Missouri got $41 million.

Emily Wilbur, Section Chief for the Air Quality Planning Section in the Air Pollution Control Program, said she is thrilled to be able to use this to money benefit Missouri.

“With these funds, we are given the opportunity to allow people to buy newer, cleaner, diesel vehicles to replace older, dirtier vehicles and remove those vehicles from operation or take them out of service,” Wilbur said.

According to the state's DNR website, the expected emission reductions is 80 to 120 tons over the lifetime of the school bus.

Funds from the trust must be distributed by October of 2027, or the money will be used elsewhere.

The first round of applications began this summer. Out of 67 applications, 40 were picked in a lottery in September. Out of the accepted applications, there were 7 school districts and 1 bus contractor in mid-Missouri, including the School of the Osage R-2 district.

Laura Nelson, the Deputy Superintendent at the School of the Osage said she is excited to have clean, up-to-date equipment.

“We believe that it is always important to do everything we can to have the best resources and the best facilities for our students and buses are that third classroom,” Nelson said.

She said this is important for students safety.

“They’re used constantly. We have extracurricular activities, sports practices, they make multiple runs in the morning and after school,” Nelson said.

She said they should have the buses on site in July. Wilbur said all of the applications that were chosen have until June 2019 to finish their projects. Once the projects are complete, they will receive the money.

“The school districts will purchase their bus and then they must destroy their old bus because we are trying to get those older buses out of service and get them off the roadways. Once that occurs, we will distribute the money to the school districts,” Wilbur said.

Wilbur said this was just the first round. The 27 remaining school districts are placed on an alternate list, meaning they will receive funding if the first 40 either drop out or withdraw their application. She said these districts will get funded one way or another in future rounds, but they are still working on a timeline for when the next rounds will be.

When it comes to other categories, Wilbur said the DNR plans on opening applications in the near future. First up will be for Government trucks and transit and shuttle buses.