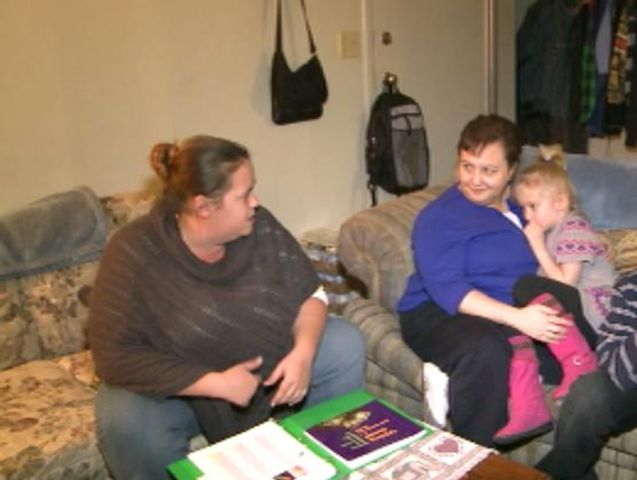 COLUMBIA - A group called Court Appointed Special Advocates (CASA) received $22,000 to expand into Callaway County in October. Members of the organization serve as volunteers for cases regarding child neglect, abuse, or foster-care.

The organization claims 22 percent of cases in Boone and Callaway counties have a CASA volunteer, but said more are needed.

Typical of the service it provides, CASA volunteer Terri Foltz was assigned to the case of Tara Taylor of Columbia. Foltz said it has been three years since the ending of the case but Taylor still deals with the aftermath, enrolling in leadership classes to help her find a job. She said she leaves behind a marriage torn apart by alcoholism, neglect, and abuse.

"I had to be faced with reality and if I had done it in the beginning, I would have gotten my kids back a lot sooner," Taylor said.

Taylor said she was diagnosed with depression at the age of 16, and dealing with a divorce pushed Taylor deeper into depression. She said she married a man who went to prison, went through rehab for alcoholism, and then relapsed.

A mother of three, Taylor admitted something most mothers never dare to say -- not always knowing the best for her children.

"I wasn't being a good mom. I was not listening to them, caring for them, spending time with them, and teaching them things," Taylor said.

Taylor said she didn't realize the impact until she lost custody of her three children, Cameron, Patrick, and Raven. That's when CASA volunteer Terrie Foltz stepped in. As a volunteer, she visited Taylor's home twice a month to spend time with children, ensuring their safety and individual needs. The children lived with a family friend. Foltz would visit them as they lived with each parent. Foltz said depression prevented Taylor from caring for her children. For Foltz, it became a concern for her too.

"She saw me as the person who was there for the kids not because I had to be. She knew her kids were special to someone even though she couldn't be that person doing that for them," Foltz said.

Foltz began to see gradual changes in Taylor, who received medical treatment and resources to help cope with depression and live an independent life.

"Hearing Tara say in a meeting, 'At first I was really mad at you guys but you know, you guys were right, and that makes all the difference,'" Foltz said.

Foltz said she was there when she didn't need to be. Foltz watched Taylor's son Clarence receive an award in school while Taylor was in court. Those pictures and award still hang on the walls of the children's bedroom. Even after the case ended, Foltz's visits to the Taylor family didn't stop, spending time with her children.

"I just went over and purchased popcorn from him [Clarence]. We sat down. Our alone time is to look at his cub scout manual and all of the badges," Foltz said.

The family lives in three-bedroom apartment in public housing on Elleta Boulevard. Taylor has full custody of the children. A framed picture together with the children hangs on a wall in the living room. Taylor said she knows living an independent life isn't easy, but she doesn't hesitate to voice her courage. "I know I can do it," Taylor said.

With a faint smile, Taylor reminds herself of this newfound courage.