Volunteers clean up litter before it becomes a problem 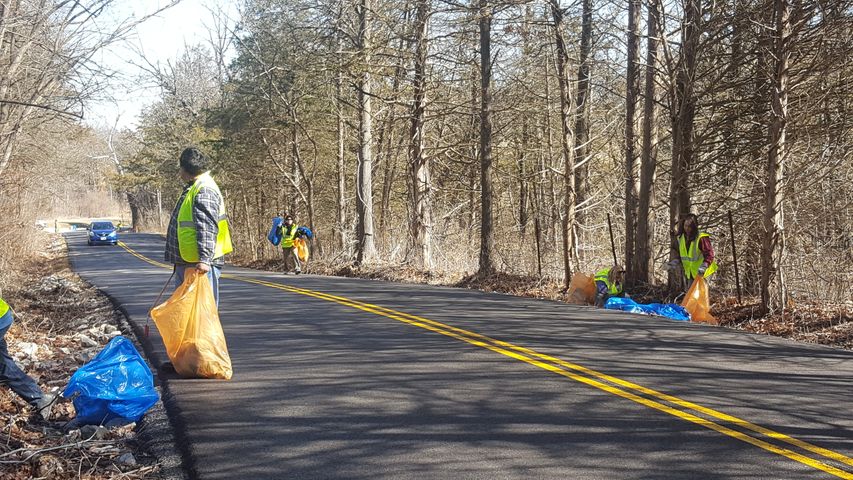 COLUMBIA – Missouri River Relief hit the road Sunday to clean litter off the streets in order to keep it out of the river. Spring is coming, and with it the possibility of heavy rainfall, which could make a big mess even bigger.

"We're just about to get our spring rains coming in, so all the trash that's collected along our roads is going to end up washing into creeks and streams, down into storm drains and all that stuff ends up eventually moving into the Missouri River and then the ocean," Missouri River Relief Program Manager Steve Schnarr said. "Right here is where we can stop that.

Volunteers walked through the Old Plank and Smith Hatchery area, an area with no road shoulders, and picked up whatever trash they could find. Schnarr says he thinks most of the trash comes from people who throw it out of their car windows. One volunteer says people need to be more responsible for the messes they make.

-A needle used for tattoos

"A lot of the stuff we find along the road is recyclable," Schnarr said. "It's beer cans, it's plastic water bottles and soda bottles, so we'd feel bad about throwing all of that stuff away, it's actually in pretty good condition."

Missouri River Relief cleanups can attract anywhere between a handful and couple hundred volunteers. The river road cleanup had around 40 people in attendance. Owens says part of the reason the volunteers show up is because it's good work.

"We like our environment, we like the social interaction, it makes us feel good to look back and see a place where we habit and looking better for our efforts and to have done it with others," Owens said.

The next big cleanup event Missouri River Relief has planned is at the mouth of the Osage River, right where the Osage joins the Missouri on April 7.