Volunteers collect signatures with hopes of repealing "right to work" 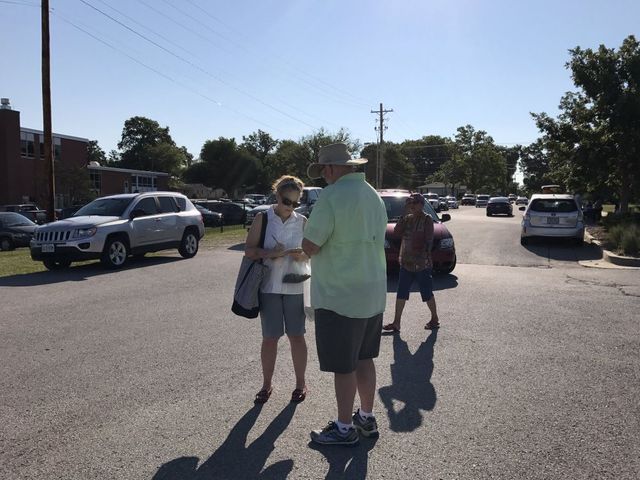 COLUMBIA - Opponents of Missouri's right-to-work law held a day of action across the state Saturday with hopes it will not take effect in Missouri.

Randy Kiser, a union member who collected signatures at the Columbia Farmers Market, was one of many who spent part of the day asking voters to sign a petition that could put Missouri's right-to-work law on the ballot.

The law is set to take effect Aug. 28, but if opponents collect enough signatures before that date, implementation of the law will be delayed until voters would decide if it should be law in a November 2018 referendum, according to The Associated Press.

Under "right to work," workers may decline to join a union while still keeping their job.

"If the law passes, you're going to see it have a devastating effect on the voters here in Missouri," Kiser said.

Kiser said voters should have the opportunity to decide whether or not "right to work" becomes law in the state.

"In Missouri, luckily, voters have an opportunity to fix something, to correct a mistake by the Missouri legislature," Kiser said.

The signature collection event in Columbia was one of 11 similar events across the state, said Laura Swinford, spokeswoman for We Are MO, an organization working to collect signatures to put "right to work" on the ballot.

"Right to work" supporters were quick to denounce the day of action.

Austin Stukins, the executive director of the Republican Party of Missouri, advised people in a Friday tweet not to "give in."

Union groups are flooding Missouri this weekend against Right to Work, misleading folks for petition signatures. Don't give in! #defendRTW

Liberty Alliance, a political action committee dedicated to defending the law, said on Twitter that union groups were "misleading folks" in gathering signatures.

Union groups are across MO today, gathering signatures, misleading folks re: Right to Work - not good. Please do what you can to #defendRTW!

The group believes voters showed their support for "right to work" when they elected a governor and legislature that support it, spokesman Rich Chrismer said.

State Sen. Caleb Rowden, R-Columbia, said he has always thought of "right to work" as pro-worker. He said he didn't know if enough signatures would be collected by the August deadline.

"I think the people of Missouri will get to speak, and if they need to, they can do it again," he said.

Rowden said Missouri has been stagnant compared to other states for the past 20 years. Becoming a right-to-work state will help Missouri get a competitive advantage in a global economy, he said.

"We are in competition not just with our border states, but with manufacturers moving around the world, frankly," Rowden said.

He said he does not think "right to work" will be devastating to unions or middle-class workers.

"You've seen other states that pass 'right to work' that their union participation rates actually goes up instead of going down," Rowden said. "It's the right thing to do to grow the economy. It's the right thing to do to make sure that workers have the freedom to choose if they want to be part of a union or not. But I think the benefits speak for themselves on both sides of the court."