Volunteers travel to Haiti to bring relief after Hurricane Matthew 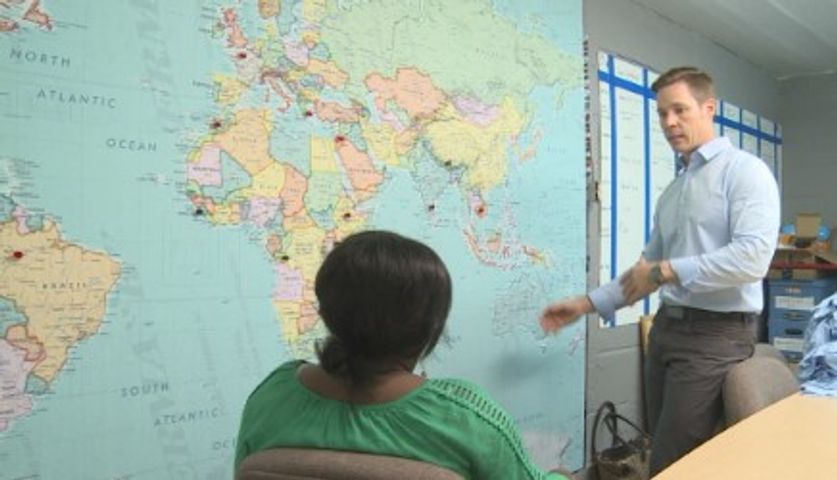 COLUMBIA — Global First Responder is sending a pair of volunteers to Haiti to provide immediate relief after Hurricane Matthew devastated parts of the country. Hurricane Matthew hit as a Category 4 storm, leaving over a million in need of humanitarian aid.

The non-profit, global relief organization based out of Columbia hopes to provide services for those in some of the hardest hit areas in Haiti. Dr. Adam Beckett is the founder of Global First Responder, or GFR, and he will lead the medical efforts, along with team member Matt Ford who will coordinate reconstruction efforts.

The pair of volunteers will leave Saturday and plans to spend a week focused in the southern Haitian cities of Les Cayes and Jérémie.

GFR has done prior work in Haiti, including relief efforts after an earthquake hit the region in 2010. Also, a GFR board member grew up in Haiti, which brings the disaster a little closer to home for the group.

"When I heard about that it was a Category 4 hurricane, one thing came to mind. 2005, what happened in New Orleans," Beldor said. "I knew if New Orleans could not withstand 2005, there's no way the southern Haiti peninsula could take that without loss of life, houses, vegetations and livelihoods."

Beldor said one of her friends in Haiti called her on the phone after the destruction happened. He told her, 'No matter how bad it is, how bad you think it is...it's worse.'

Dr. Beckett said this is why it's especially important the group makes the trip to help.

"Despite us being able to go even for a week, it's like 'Please come down, we just need anything,'" Beckett said.

He also said GFR simply believes helping other countries in need is something it wants to do in any way it can.

"If you can help and you've got the ability to, it's your duty and responsiblity to," Beckett said. "The more we've gone abroad, the more we've really loved the communities we've worked at and we're so inspired by the people we meet."

GFR's efforts have also gathered community support. Logboat Brewing Co. and The Blue Note will donate a portion of their sales on Thursday of this week.

"We try to help out as much as possible around town," said Andrew Sharp, owner of Logboat Brewing Co.. "We're just really good friends with those guys,and we thought we could help them out."

Those proceeds will go toward helping fund GFR's next trip to Haiti, which is planned for sometime in November.

Since the group is paying for the trip, those proceeds also go toward helping purchase medical equipment and supplies.

The Global First Responder team knows it won't be in Haiti for more than a week at a time, but the group still believes it can help the country rebuild.

"Truly we are standing there with them. Through the good times and the bad," said Beldor. "I think with the help of our partners, we'll do it."

If you would like to know more information about Global First Responder or donate to their efforts, visit their website at www.globalfirstresponder.com.