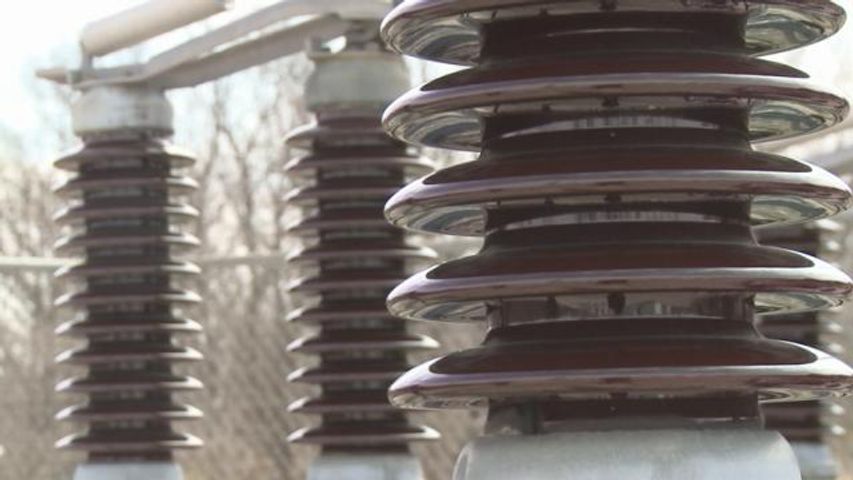 COLUMBIA - City officials urged voters Monday to approve Proposition 2 next Tuesday authorizing the purchase of the Columbia Energy Center from Ameren Missouri. The proposition's passage would give the city the right to buy complete ownership of a natural gas power plant on the northeast side of the city.

Ameren Energy Marketing currently owns 75 percent of the center, while the city owns 25 percent. Columbia Water and Light estimates it will save about $1 million per year in lease payments by owning the plant outright.

"By having it here locally, we have a lot more flexability," said Mary Wilkerson, the citizen co-chair of the Propostition 2 committee. "It creates an ability for us to actually sell and buy power at a more reasonable rate."

The Columbia Energy Center only operates during peak times, like in August when many people run air conditioning. The rest of the year it benefits the city through its purchasing power. Since the city is more self-sufficient, it can purchase energy at lower prices, said Connie Kacprowicz, a public information specialist for the city of Columbia.

"The bond payment, or if you are looking at it from a personal perspective, the mortgage payment will be cheaper than the rent payment," said Kacprowicz. "Our leasing option would cost us more than just buying the facility and in the end we own the facility." The city said purchasing the plant will not create a tax increase or electricity rate increase.

Purchasing the Columbia Energy Center will cost $49.5 million. But officials said there will be no electricity rate increases. There will also be no tax increases. The money to pay back the bond amount will come from future utility payments and the savings on leasing the plant.

Five percent of Columbia's energy supply comes from renewable energy sources such as wind and solar energy. The city said it needs resources like the Columbia Energy Center because renewable energy is intermittent and does not consistently provide the city energy.

"If you use electricity and you rely on electricity, then this is a great way to help ensure that it will be there when you need it," said Wilkerson.

But not everyone thinks purchasing the plant is a good idea.

"I would be against owning the power plant becasue it is run off of fuels that are very damaging to the earth here and now," said Elliott Usher, a Columbia citizen. "$50 million is a lot of money. I am sure that $50 million could go a long way towards making Columbia a green energy hub," said Usher. "If we can increase our green energy we can increase Columbia's attraction to businesses and other people."

And, as KOMU previously reported, buying the plant from a private company would mean Columbia Public Schools would lose tax revenue Ameren is paying now.

Below is the exact wording for Proposition two as it is seen on the ballot.

Shall the City of Columbia, Missouri issue its Water and Electric System Revenue Bonds in the amount of Forty-nine Million Five Hundred Thousand Dollars ($49,500,000) for the purpose of extending, expanding, improving, repairing, replacing and equipping the City-owned waterworks and electric systems including purchasing the outstanding shares of the Columbia Energy Center?

The authorization of the bonds will authorize the City to fix, establish, maintain and collect rates and charges for the use and service provided by the City through its Waterworks and Electric Systems, including all extensions and improvements thereto hereafter constructed or acquired by the City, in addition to the other rates and charges for such services provided by law, as will produce income and revenues sufficient to provide funds to pay the costs of operation and maintenance of the Waterworks and Electric Systems and the principal of and interest on the bonds as they become due and to retire the same within thirty-five years from the date thereof, and to provide for the establishment of reasonable reserves therefor.