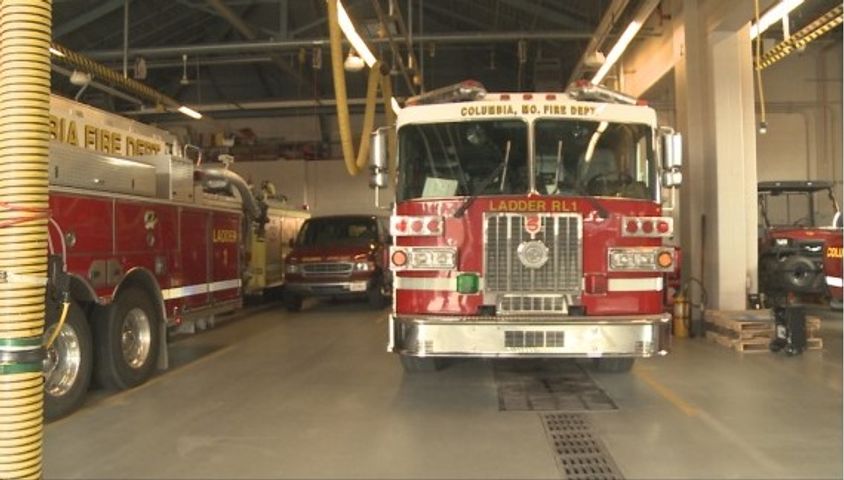 COLUMBIA - The muffled static of the walkie-talkie announced a distress call and within seconds a fire truck was on its way to an emergency call.

However, Battalion Chief John Metz said there's a problem with response times.  He said it's taking firefighters more than the standard four minutes to respond to emergencies.  The four minute standard was set by the National Fire Protection Association.

"In 2009, we were exceeding that standard about 8 percent of the time, meaning we had 8 percent of our calls that were longer than four minutes," said Metz. "In 2013, that's increased to 12 percent. So we're seeing an uptake in our response times. And that will continue to happen as the city continues to grow both in population and geography."

This will fund an additional 55 public safety staff members over the course of five years. The plan is to have extra 40 police officers, 15 firefighters and fund new equipment for the Fire Department at the end of the 5 years.  This amounts to approximately 11 new staff members per year.

"It would go to staffing, and the associating equipment," he said. "Meaning personal uniforms and personal protective equipment."

*Above: Battalion Chief John Metz demonstrates the protective mask that a firefighter will use.

*Above: Protective personal equipment includes a helmet, boots, jacket and a breathing mask for a firefighter.

Dochlear said currently the police department is reactive, meaning they respond to 911 calls and handle emergencies, but they want to be proactive instead. That means getting to know the people in a neighborhood and communicate with businesses about thefts or crimes that are happening within the area.

"The property tax is really more sustainable," Taylor said. "The sale tax has seen quite a decline in the last few years due to Internet purchases where local sales tax are not paid. So counting on that revenue stream is really not a viable option."

Mayor Bob McDavid said that if the voters reject this proposal in the upcoming ballot, he foresees a further reduction of officers per capita.

To see how much the tax increase will be for your home, you can check at the city's website.

The voting will be on November, 4.