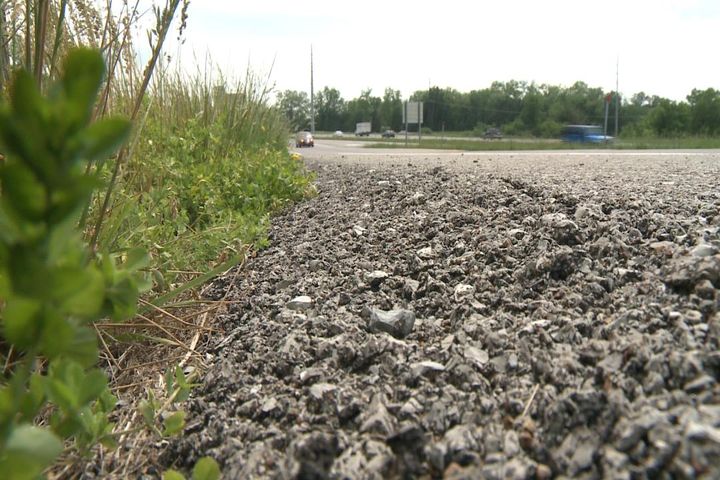 COLUMBIA - Missouri voters will vote on a new transportation sales tax in the August 5, 2014 primary election.

The Missouri Legislature passed the sales tax earlier this month. The bill, sponsored by Rep. Dave Hinson (R), includes a three-quarter-cent state sales tax to help with the state's infrastructure. It means, on an $10 item, there will be a 50 cent tax instead of the current 42 cent tax.

"It really passed because Republicans and Democrats came together and realized that the best thing we can do in Missouri both to create jobs in the short and the long run and to protect our families' safety is to pass this transportation proposal," Cardetti said.

The sales tax would raise an estimated $534 million a year to be used toward Missouri infrastructure, including MoDOT. This year, the federal government allocated $6 million to MoDOT. That money is being used on maintenance, and there are no scheduled projects at this time.

"We're really excited that it's on the August ballet," Cardetti said. "This is really going to allow us to continue the momentum that's been built up on this issue, and we expect there to be a lot debate before this goes before the voters.

Some Missouri voters are concerned about the tax.

"I think it's a forest because here in Missouri we're being taxed to death. Everything seems to have a tax," Missouri taxpayer Bill Hoffert said.

"I think that people are sick of being taxed. I think this is going to be a hardship on the middle class American," Missouri taxpayer Patty Crane said.

Hoffert said he's also concerned at where the tax money will go, but Cardetti said voters will know exactly what projects will be funded in their transporation area.

"It's really done at the local level. These local planning commisions, CATSO here in Columbia and others from across the state come together. They seek citizen input, and they say what transportation projects are important," Cardetti said. "For some areas of the state, it's replacing an old outdated bridge. In other areas it's taking an old two lane road and turning it into four lanes."

Hoffert admits Missouri roads need work but said, "I don't think our tax dollars are being used wisely, and to increase our taxes is not the solution."

Crane said she has a solution, "My idea is why don't they put in toll roads. I think that would be a much more beneficial idea because it's mainly the trucks that are tearing up the roads, so why tax the common people for something they aren't responsible for."

"Frankly toll roads don't have a lot of support in Missouri. They are sort of a foreign concept to Missourians," Cardetti said. "They work in other states that already have them because they would sort of be a brand new thing to Missouri. We don't think that they would have the level of support they need to pass the ballot box."

Hoffert and Crane agree voters will be out for the August primary.

"The nice thing is Republicans, Democrats, rural, suburban, urban Missourians all agree that transportation really is one of the fundamental roles of government in our society," Cardetti said.

In addition to the transportation sales tax, the August ballot will include constitutional amendments dealing with farming, a new lottery ticket to benefit veterans homes, electronic privacy and guns.