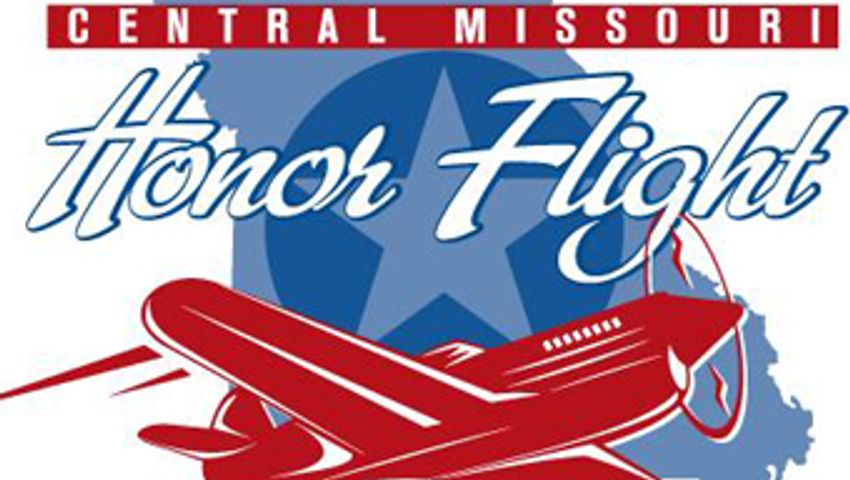 MID-MISSOURI - Even though the flying season Honor Flight is on break, you still have an opportunity to support Honor Flight--one that won't cost you a dime. Central Missouri Honor Flight is part of the Pepsi Refresh Challenge and is reminding its supporters to vote to help it win $250,000 to fly even more vets to Washington, DC.

"He's 90 years old and I thank God everyday that I have him," Marian said.

This isn't the first goodbye to Marian and Albert Stegner.

"We've been together 67 years and I watched him go off to war 67 years ago and he waved to me as far as he could see on the troop train going overseas.  We'd only been married six weeks and he was gone four years. I didn't see him for four years. "

This time, its only an 18 hour trip. Stegner and 34 other aging and terminally ill World War II veterans are loading up for what could be their last chance to see their memorial in Washington, DC. The vets sport a Winston Churchill quote on the back of their shirts. "Never was so much owed by so many to so few."

"What they have shown us by living their lives. They didn't preach to us. They didn't brag or feel like they were special... they just were."

This is the second trip for Central Missouri Honor Flight. After guardian training, this group of about 60 boards a bus for the St. Louis airport.
Loading up this many aging veterans--a dozen wheelchairs, and their walkers--isn't easy.

On the plane, these army, navy, and air force veterans exchanged stories with each other and their guardians. As the plane taxied into the gate, applause filled the jetway to greet the veterans. Business travelers put down their Blackberries and got on their feet.

"Very emotional," said Archilee Sapp describing the scene. Sapp is a World War II veteran from Ashland. "I'm thankful the World War II veterans weren't treated like some of them that served after us cause they had just as much honor as we did. I was told from some of them that went on the first flight that it would happen.  But still tears came to my eyes when it happened."

Marian Stegner was one of the first to call KOMU asking if someone would please start a hub to get these vets to DC. In two years time, Central Missouri Honor Flight has flown about 750 veterans to see their memorial, at no cost to them.

Since his final trip, Albert Stegner has passed away.
Visitation services are Tuesday from 5 to 7PM at the Markland Funeral home in New Franklin.
Funeral services are Wednesday at 1PM at the First Baptist Church in Boonville with full military honors. To vote for CMHF for the Pepsi Refresh Grant, click on the Central MO Honor Flight box on our homepage.