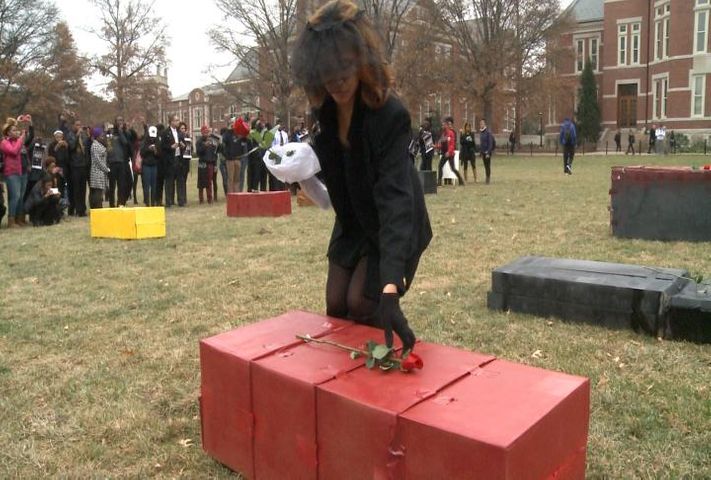 COLUMBIA - Carrying makeshift caskets and singing "We shall overcome," the group "Wage Peace" marched through Columbia in the name of equality for all.

According to group co-creator Curtis Taylor Jr., the group began in St. Louis after the grand jury did not indict police officer Darren Wilson, but it is about more than just race or Ferguson.

"Our main purpose is to declare peace for all people using the medium of creativity and visual aesthetic to get people to kind of wake up," Taylor Jr. said. "It's not about a racial divide or anything like that, it's about speaking for the unspoken, so that's all people, all marginalized people, whatever their ethnicity or race may be."

So far, the group has expanded beyond Columbia to four other cities, St. Louis, Chicago, Dallas and New York City.

"It's getting people to understand that enough is enough at a certain point no matter what you look like," Taylor Jr. said. "Understand that we're going to be there, everywhere, every city to make sure that justice is there for all people."