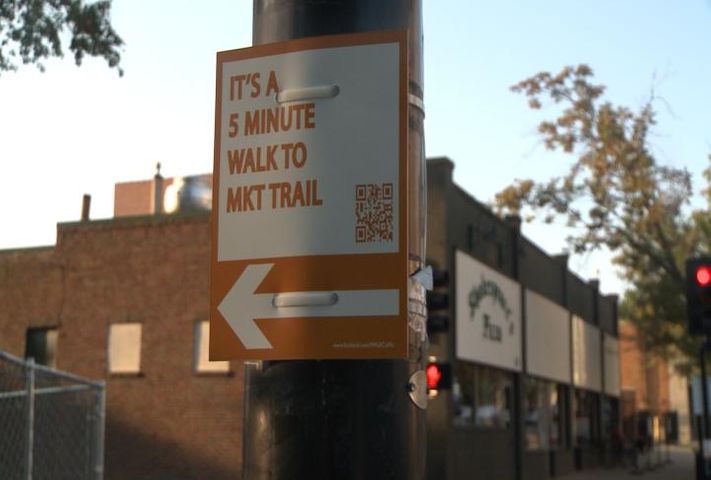 COLUMBIA - The downtown Walk[CoMo] signs are official. The District and The Columbia Convention and Visitors Bureau reached out to the city to make the signs a permanent part of downtown Columbia.

The city previously started taking down the signs because they violated city ordinance.

"It seemed like a great idea to encourage walkability in the city," Director of The District Carrie Gartner said.

Gartner said she and Amy Schneider, who works with the visitors bureau, sent Walk[CoMo] a Facebook message after the city started taking down the signs to inform the group of their plans to bring the signs up to ordinance.

Gartner then sent the city a letter asking if they could make the signs more official. Walk[CoMo] was very pleased with the Districts and the CVB's involvement Gartner said.

On the District's and CVB's Facebook page, the organizations are asking people for their ideas on where their favorite places to walk in Columbia are and other undiscovered places in Columbia they want to see on the downtown signs. Gartner said they think these signs are a great addition to downtown for visitors during football season and the holidays.

Gartner said they when get a list of places they will start creating the signs and hanging them downtown.