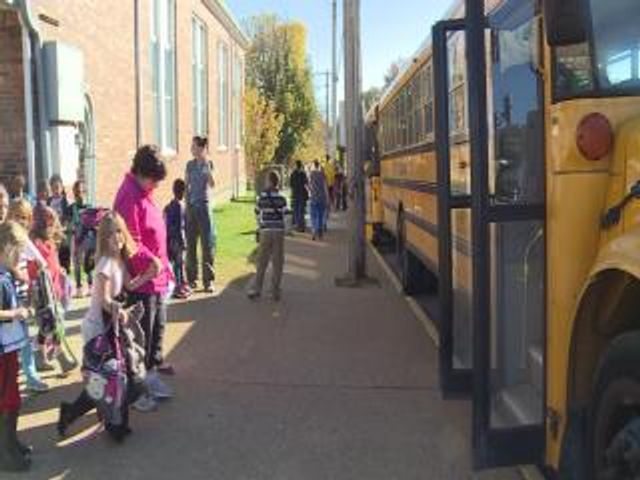 COLUMBIA - October is International Walk to School month, but at Ulysses S. Grant Elementary School Wednesday, most students were loading onto school buses or getting picked up by parents.

In the past, some elementary school children would have been getting home a different way - on the walking school bus.

Columbia's PedNet Coalition, which stands for Pedestrian and Pedaling Network, operated the "largest and most systematically run" walking school bus program in the nation from 2008 to 2013, according to their website.

The website also said around 450 to 500 students utilized the program yearly as a way to get back and forth to school in Columbia. Over 200 volunteers also helped out each year.

But last year, Columbia Public Schools tabled the decision to fund the program, and never revisited the issue.

"The hard thing is that we used to provide a service to the schools for free. But grants don't last forever - it seemed like the next step for the school system to take over funding, and eventually run the program in house, much like they do with school buses," she said.

St. George said some school board members balked at the cost of the program, which is around $100,000 annually.

"While our program is based on volunteers walking kids to school, we have to pay people to recruit, manage, organize and train those volunteers. We also had material costs such as fliers and newsletters to keep parents of kids involved up to date," she said.

Since Columbia Public Schools haven't funded the program, St. George said PedNet is exploring the idea of corporate and private sponsors for the Walking School Bus in Columbia.

"Even if it was only at one school to begin with, it would be good thing for the kids to have the chance to walk to school if they want to, and a great thing for the businesses to get their names out there and get involved in the community," she said.

PedNet is currently working on Walking School Bus programs in Ashland and Kirksville and consulting on more than 15 similar programs in Kansas.