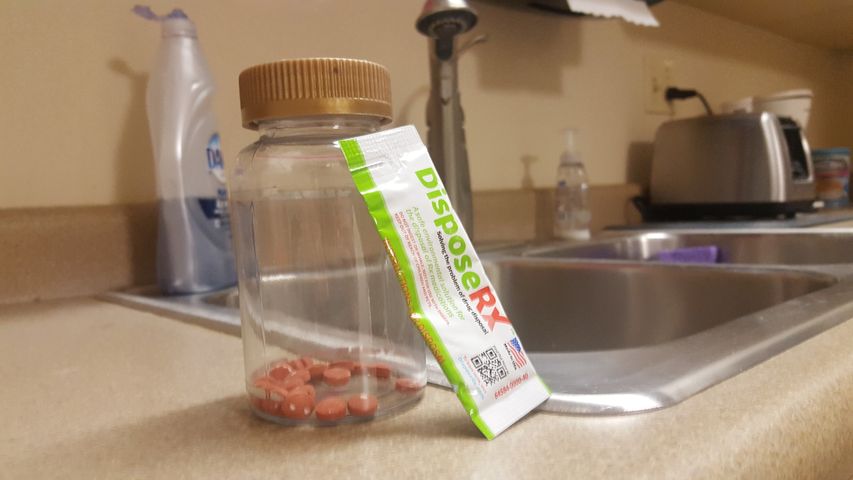 COLUMBIA – Walmart is now offering a product that destroys opioids before they can be abused, and it is offering it for free.

DisposeRx is a product already sold in other pharmacies, like Kilgore's, but now the company has teamed up with Walmart in order to provide it for free for Walmart pharmacy customers. You just need a prescription for opioids in order to get it.

"The health and safety of our patients is a critical priority; that's why we're taking an active role in fighting our nation's opioid issue," Marybeth Hayes, U.S. Walmart executive vice president of Consumables and Health and Wellness said in Walmart's press release.

Even though Walmart announced the initiative yesterday, all Walmart stores should already have it available. Any stores that don't will have it very soon.

DisposeRx is a powdery substance that, when mixed with warm water and shaken, dissolves opioids and turns them into a biodegradable gel that can be thrown away at any time.

The Columbia/Boone County Department of Public Health and Human Services says it thinks the DisposeRx program is a great opportunity for people to kick an opioid addiction or prevent one from forming.

"We support any effort to make drug disposal safe and easy," Eric Stann, Community Relations Specialist with the Columbia/Boone County Dept. of Health and Human Services said. "When disposing pharmaceuticals, you do not want to flush them down the drain or in the toilet. You want to properly dispose of them, and there's various methods to do that, including the household hazardous waste facility that collects pharmaceuticals.

This effort by Walmart joins efforts from the Columbia/Boone County Department of Public Health and Human Services and the Missouri state government to battle opioid abuse in Missouri.

The Boone County Sheriff's Department hosts drug take-back programs throughout the year, the Columbia Fire and Police Departments now both carry a medication used to treat people who are overdosing and the state created a drug-monitoring program just last year to make sure people aren't abusing their prescriptions.

These free packets of DisposeRx will eliminate the need to keep expired or unused opioids in the house until a take-back day arrives. Now, people can destroy the drugs without worrying about the temptation of taking a few, or the risk of an addicted family member or friend getting ahold of them.

According to the press release, more than 65 percent of people misusing prescription opioids are getting them from friends and family. Personal prescriptions are one of the main sources of nonmedical opioid abuse.

Everyone who gets an opioid prescription from Walmart will now receive a packet of DisposeRx and a safety brochure and already existing patients can request one at any time.