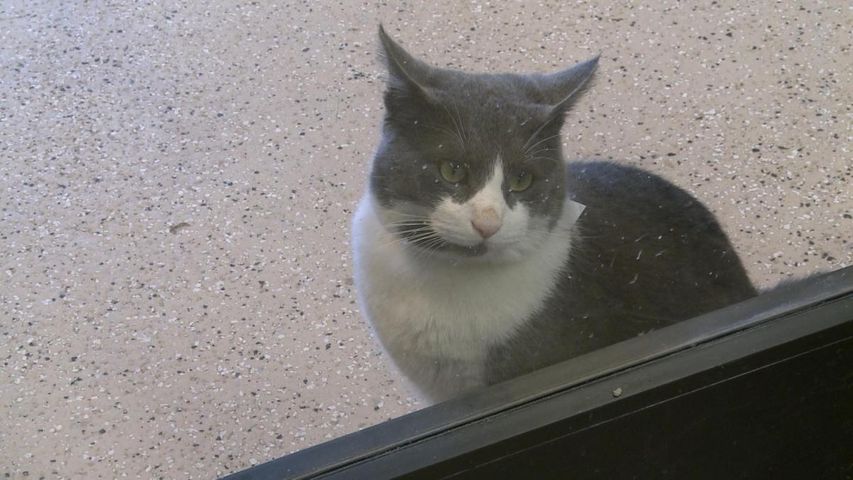 COLUMBIA - Generally, the spring and summer months are busy for animal shelters in terms of cat intake. Due to the warmer than usual weather last fall, shelters are seeing more cats than usual.

Colin LaVaute, Central Missouri Humane Society Shelter Relations Coordinator said the weather last fall was very mild and warm, that contributed to having a large influx of cats in the shelter. Many are still there at this time. The CMHS took in 2,427 cats in the year of 2013, roughly 500 more cats compared with 2012, according to LaVaute.

"That's why it's very important to to spay and neuter your cats because if they get loose, they breed, then end up in animals shelters like ours," LaVaute said.

Over 100 cats are waiting to be adopted since the CMHS offered cat special adoption for $20.14 on January 1, 2014. The price includes fees for spaying or neutering the animal, microchip and up-to-date vaccinations. This special applies to adult cats since there are more adults than kittens in the shelter.

"Every one loves a fuzzy little kitten, but the adult cats still in need of their homes and there are some wonderful felines we have back here right now," LaVaute said.

LaVaute said so far the shelter has 42 cats adopted out since the special offer started. Last year 63 cats in total were adopted in January.

This is the first time the CMHS has done this particular special, and it is the longest special they have run to date.

Over 40% of the shelter's budget is derived from donations and fundraisers, according to LaVaute. He said donations are very helpful to the organization and that is what allows it to offer this low rates.

"Financially we take a hit whenever we offer specials like this," LaVaute said. "But our mission is to alleviate the suffering of mid-Missouri adoptable animals and so our first priority is re-homing these animals at whatever means necessary."

During the CoMoGives campaign in December 2013, an end of the year giving campaign that collects donations on behalf of 30 Columbia nonprofits, LaVaute said the shelter received more than $8,000 in donations.

"The tricky things is people are gonna get an animal whenever the timing is right," LaVaute said. "While specials are great and everything, it's an opportunity for us to spread the word. It has to be a family decision before you adopt an animal because it's a big responsibility. That being said, we are hoping that timing is right for more people at this time of the year."

The adoption special will run through Jan. 31, 2014. More information about cat adoption can be found on the Central Missouri Humane Society website.