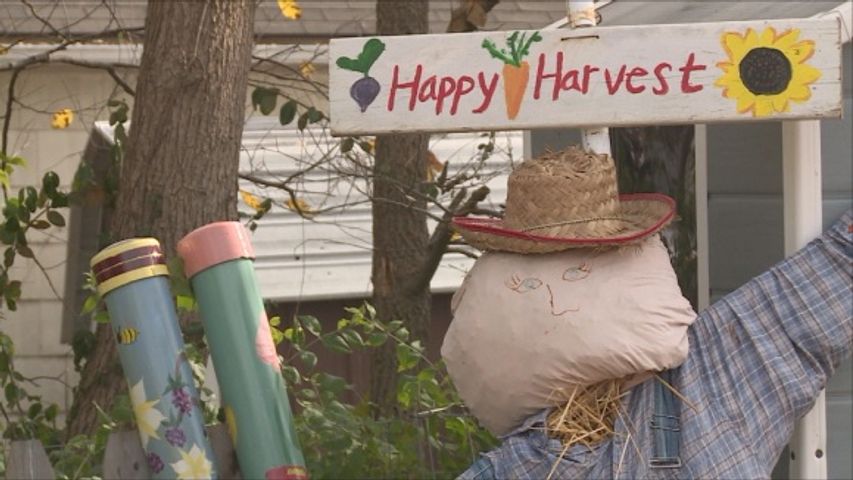 COLUMBIA - With less than a week until Thanksgiving, both vegetable and livestock farmers in Mid-Missouri are benefiting from an unseasonably warm November as they prepare to feed the community.

The manager of one local farm said he just ripped up his tomato plants on Wednesday, a crop that is usually lucky to survive through the end of October. Not everyone is thrilled with the record-setting high temperatures, though.

One Columbia mom picnicked with her kids in the 80 degree weather Thursday, and said the warm weather is bittersweet.

"It's kind of sad because it doesn't feel like the typical holiday with it being warmer. Normally it's cooler and crisp, we're in jackets and sweaters," Megan Schumacher said. "Now we're able to get outside, which is really nice, and run around and play and burn some energy off without being trapped indoors so much."

Schumacher is one of many mid-Missourians preparing to spend Thanksgiving with her family. An employee at Clover's Natural Market in Columbia said families like Schumacher's should be ready for a sweet surprise this holiday.

"If they can survive into fall, a tiny bit of slightly colder weather can start to convert more starches to sugars and you have, you know, sweeter stuff," Noah Earle said.

He said some vegetables like carrots and tomatoes might be sweeter than normal. The manager at the Columbia Center for Urban Agriculture Farm, Tony Minnick, agreed the weather helps his vegetables.

"What's been interesting also on our farm is that crops that are more cold tolerant - kale, cooking greens like spinach, those type things, although they're not typically growing this time of year, the warm temperatures have cause them to not only survive, but to thrive this month," Minnick said.

Earle said the warm weather has helped livestock farmers, like himself, as well.

Schumacher, who was with her friends and their kids at the park Thursday, said they all have something extra to be thankful for this year.

"We have a great turkey, and ham is what everyone always goes for at our family Thanksgiving," Schumacher said. "We're definitely looking forward to it."

Minnick said his farm prepared for the first expected hard frost this weekend by harvesting all his peppers and tomatoes.