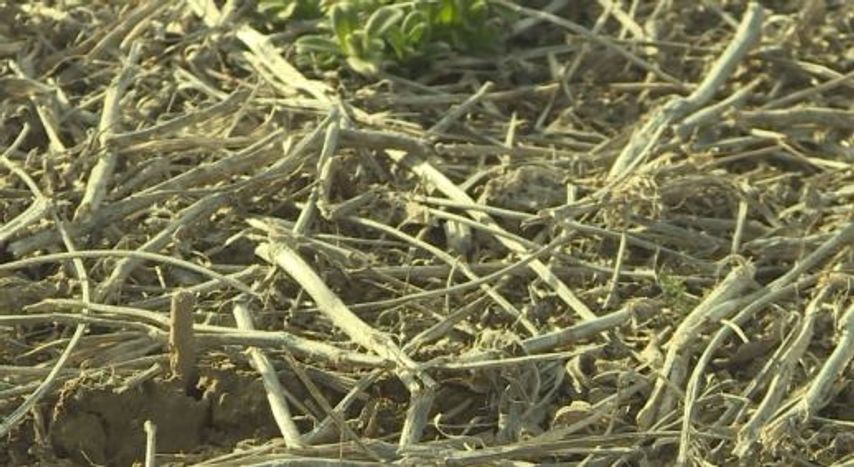 COLUMBIA- Mid-Missouri's warm weather might have people happy during the winter, but meteorologists and farmers are worried this could mean trouble once spring and summer roll around.

MU Atmosphere and Science professor Anthony Lupo said there was a lot of variability in the weather this winter.

"It was exceedingly warm for the month of February for the Columbia weather records. It hasn't been this warm in February since 1930," Lupo said. "Also it's been very dry, and that's gonna set us up for the potential drought this summer because the soil right now is extremely dry."

Lupo said if the weather temperatures don't decline it could have a negative effect on the seasons to come.

"The weather for the spring, of course, is going to dictate what happens for the summer and that can have a considerable impact on our crop yields," Lupo said.

John Sam Williamson, a farmer in Boone County, said the warm weather is forcing some farmers to move faster than others.

"Some farmers have planted corn. Thats probably a month too early. I've never planted corn in March," said Williamson. "Toward the end of March some farmers do, but not in the beginning."

Williamson said although the weather is warmer than normal, he won't be concerned until the spring season comes in.

"It's dry, but we can certainly have a lot of rain and it could change," Williamson said. "I don't think this is a thing to worry about yet."

Williamson said he is not sure when he will begin planting his crops because the weather is so inconsistent.

Lupo said precipitation needs to increase in order to have a warm, but bearable spring and summer season.