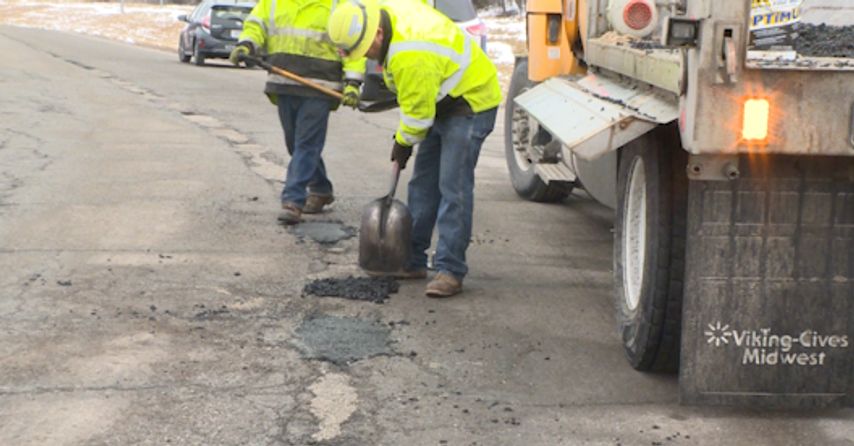 COLUMBIA - Drivers in mid-Missouri are hoping for smoother roads. With some warmer weather, MoDOT may be able to make that happen. Crews took advantage of higher temperatures Friday to fill some of the huge number of potholes that showed up in the last month.

"Really one of the contributing factors of why we're seeing potholes form so early this year, compared to years in the past, is really we're seeing a result of the flooding that we had last summer," Denkler said.

Winter storms have put even more water beneath the roads, causing it to break once driven on.

When hitting one, drivers may only feel little bump, but their bill could be big later. Devin Kelley of All-Star Automotive said drivers may not realize what happened until it's too late.

"What happens is people don't typically go in to have their vehicle assessed once they have hit one. People don't always make that call right away and it ends up costing them quite a bit more in the end," he said.

Driver Thomas Rigg's opinion is the same as others. "I don't like potholes, I mean who does?" he said.

Denkler said the work today is a temporary fix. MoDOT will continue filling potholes as they show up.

Missouri River Regional Library brings back a traveling library for the community
JEFFERSON CITY - The Missouri River Regional Library's 'Bookmobile' is back on the road delivering books after not running for... More >>
34 minutes ago Tuesday, July 14 2020 Jul 14, 2020 Tuesday, July 14, 2020 5:51:00 AM CDT July 14, 2020 in Top Stories
Share:
Email
Facebook
Twitter