'Warriors' show up to benefit for Fulton boy 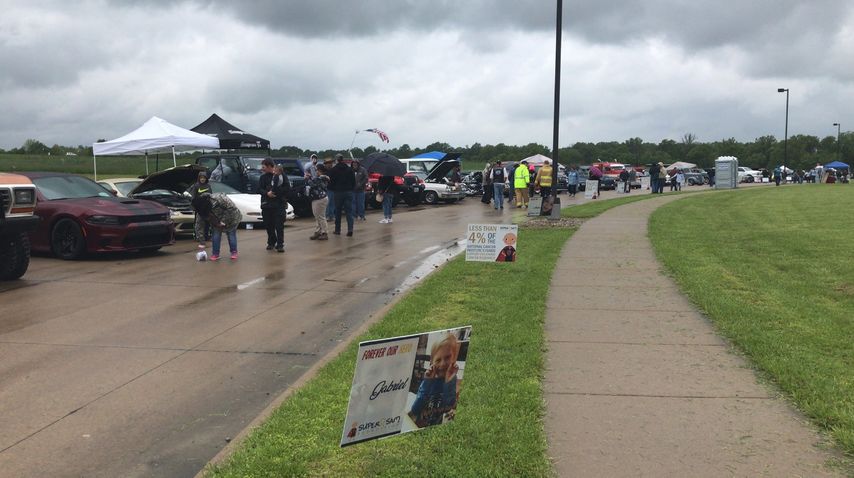 FULTON - Members of the Fulton community showed up in full force Saturday for an 11-year-old boy battling cancer.

The Wyatt's Warriors Cruise and Carnival event was organized by friends of the Salmons family to benefit Wyatt Salmons, who was recently diagnosed with a form of brain cancer known as DIPG.

In celebration of Wyatt's love of cars, the main event of the day was a car show in which entrants brought vehicles of all types to be judged by attendees and by Wyatt. Those at the event could vote on their favorite car by placing a donation in a jar next to the car.

The event also featured food, carnival games and face painting for the children.

Amanda Young, an event organizer and friend of the family, said the support she received for this event was unprecedented.

"We started out officially with 70 entries pre-registered," Young said. "In my last totals, we had over 100 entries."

Young said it was important for her and others to organize this event to celebrate and show support for Wyatt and the family at this time.

"We're hoping to be there in helping them with their finances and with any kind of need that they have, so that the family has support and they know it," Young said.

Young encourages those who were not able to attend the event and who want to help to visit becausewyatt.com or the Wyatt Salmons Support page on Facebook. There will also be a dinner to support Wyatt and his family on June 8 at VFW Post 2657 in Fulton.