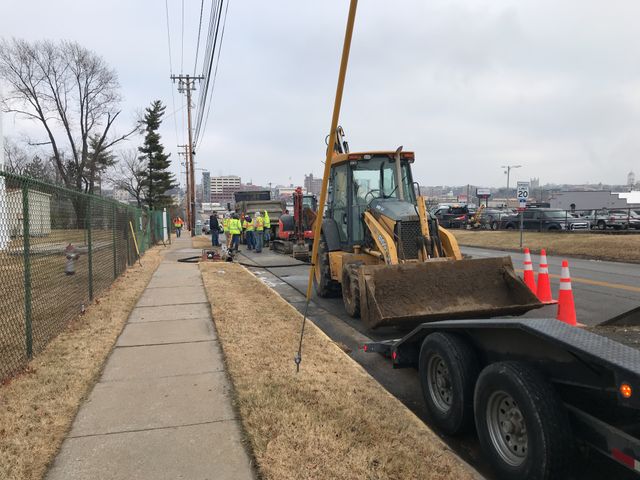 COLUMBIA - Columbia Water and Light says it's too soon to know whether a water main break near downtown will require a significant shutdown of service in the area or a water boil advisory. Crews are excavating the site on E. Walnut Street between Providence Road and Garth Avenue.

They are working to repair a fitting on a 12-inch cast iron line. If they need to "kill the entire line," service will be shut off from north Garth Road to Second Street, the city said.

There are 10 service lines that could be affected. If the lines loose pressure, there could be a precautionary boil advisory issued.

Columbia Water and Light said it could be late Monday evening before it knows exactly what needs to be done.

Water is just flowing from the hydrant at the corner of Walnut and Garth. @KOMUnews pic.twitter.com/XqwIVHY0ia