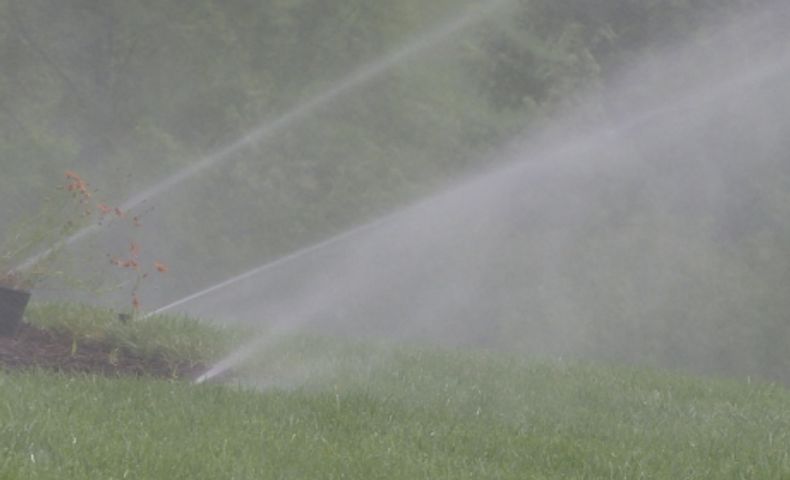 COLUMBIA - In response to low water pressure in some southwest Columbia neighborhoods, Columbia Water and Light sent out a suggested watering schedule.

The Department of Natural Resources requires a boil advisory if water pressure drops below 20 PSI. Low water pressure can result in harmful chemicals entering the water.

Columbia Water and Light spokesperson Lucia Bourgeois said the pressure was in the low 30s earlier this week, which has them concerned.

"It's lower than we would like to have it," she said. "Irrigation is the most water-intensive thing that a resident can do."

Thornbrook, Bradbury Estates, Steeplechase, Creeks Edge, and Windham Ridge are the neighborhoods included in the schedule. Preferred times are listed by street name and are staggered from midnight to 4 a.m.

Tom Hardy is an irrigation specialist in Columbia. He said a lot of development in the area along with high water usage in the morning can cause problems.

"The development is just going crazy," Hardy said. "The more houses that come in here, the more demand for water there is...especially when most of the neighborhoods around here require you to have an irrigation system."

Bourgeois pointed out many of the default settings for sprinkler timers in the area run from 4 to 6 a.m.

"What we're hoping to see over the next few weeks, especially since it's hot, is that we maintain pressure above 20 PSI," she said.

An option will be on the ballot in August for Columbia Water and Light customers to vote on a water bond. The bond would provide funds for possible water infrastructure improvements to the area.