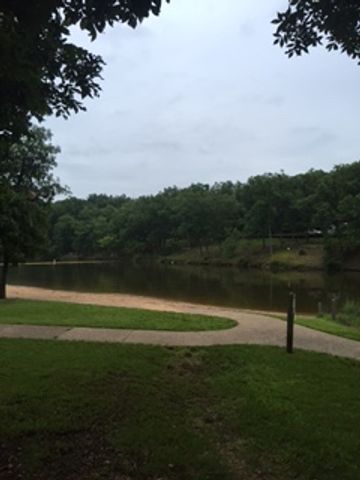 OSAGE BEACH - As temperatures rose Friday, residents and tourists headed to the beach to cool off.

This isn't always the case after excessive flooding, and not just because of the high waters.

According to the Missouri Department of Natural Resources' website, increased levels of bacteria are often associated with heavy rains.

After taking samples at 18 Missouri beaches, lakes or campgrounds on July 6, only five of these areas needed to be closed due to flooding, and high bacteria levels.

DNR said the samples were analyzed for E. coli at the Environmental Services Program laboratory in Jefferson City.

The department posted signs at the water areas where it does not recommend swimming. These are areas where the geometric mean of the water sample is higher than 190 E. coli colonies per 100 milliliters of water.

KOMU 8 spoke to some tourists who were enjoying Grand Glaize Beach Friday, and they said they were unaware that some Missouri beaches were closed due to flooding and high bacteria levels.