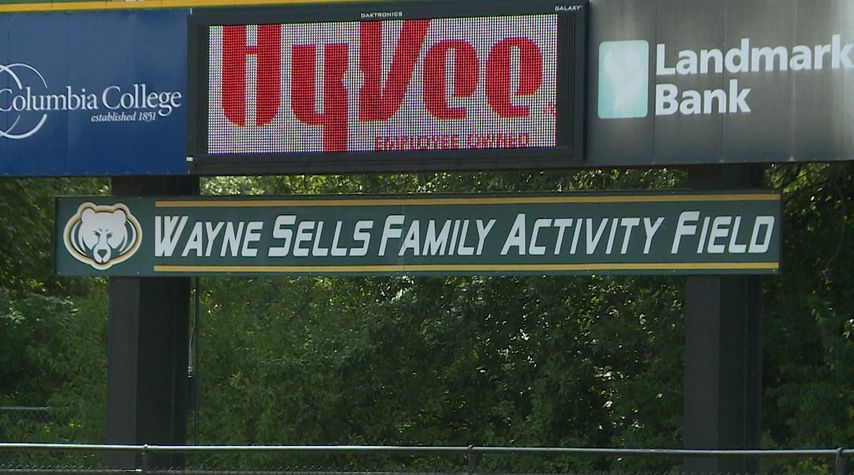 COLUMBIA- Wayne Sells has requested that his name be removed from the Rock Bridge High School football field after a controversial social media post spread across the Columbia community Wednesday morning.

The post from Sells used profanities describing NFL players who knelt during the national anthem at this past weekend's games.

In the letter, Sells wrote, "While I will always stand for the anthem and believe every American should, I sincerely apologize for the inappropriate way I chose to share that. My words hurt and I understand that."

"After some thoughtful discussions with my family, I would like to ask the school board to take my name off the field and rename it 'Veterans Memorial Field.'"

CPS Superintendent Peter Stiepleman told KOMU 8 News that he received a copy of the letter.

Early Wednesday morning, the Columbia Board of Education said renaming the football field at Rock Bridge High School is an option.

“The post using profane language to refer to NFL players that took a knee during the playing of the national anthem as well as others who the author perceived to be affiliated with 'all lives matter' was insulting to put it mildly, and racist to put it bluntly. The content of the post is not representative of the beliefs of RBHS, of CPS, or of our Board, and appropriate action should be taken – beginning with outreach.
In the event that our outreach is not successful, and with the blessing and support of the board, it would be my plan for the board to proceed with the necessary steps to rename Sells Field with all due expediency. At a time when the injustices and inequities in our city have been laid bare, and our students, our parents, and our employees are struggling day-in and day-out, I believe it is our responsibility to stand up, speak up, and take action.”

You can see a copy of the full letter here: wayne_sells_letter_to_cps.pdf

This is a developing story.