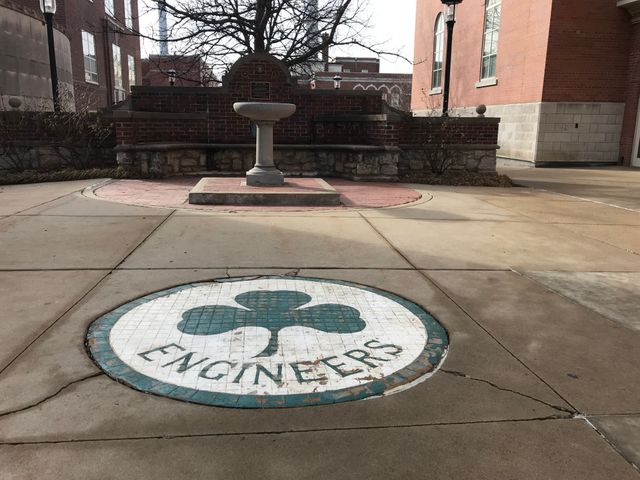 COLUMBIA – A recent study out of the University of Missouri in collaboration with Leeds Beckett University in the United Kingdom found even though some girls are scoring at or above boys in science and math, their reading comprehension scores are even higher. This is leading them away from careers in science, technology, engineering and mathematics, a grouping of careers known as STEM.

“Say you’re really good at math and science because you’re a good student, but you’re even better at composition or rhetoric, then the best choice for you to maximize your skills would be to go into non-STEM areas, even though you would be more than capable of going into a math or science undergraduate degree,” University of Missouri Curators Professor Dave Geary said.

He said a person’s academic profile typically determines which career path they choose. Geary said there is a global pattern to which gender is better at certain subjects.

“On average most boys are better at science or math than they are at language arts and reading comprehension and it’s just the reverse for girls,” Geary said.

Patricia Miranda, an engineering student at MU, doesn’t fit the global statistics. She made the decision to study chemical engineering because she feels it is what she is best at.

“I felt like I had very good teachers, so I was like ‘I can actually do math’ and a lot of my classmates from high school also chose engineering,” Miranda said.

She attended a high school in Zuila, Venezuela geared toward science and math. Miranda said this added to her natural skills.

“While choosing a major, I was also looking at different options, and I wasn’t very into humanities and writing papers and reading or doing things with my hands like art, so I took out the things that I am not good at and the things that I’m not interested in,” Miranda said.

Based on ability, academic strengths and interest researchers were able to identify the amount of women they think should be in the STEM field.

“We have a lot of girls and women that have math and science as their best subject, but fewer of them are going into STEM fields than you would expect and we don’t know what that remaining gap is due to,” Geary said.

A country’s wealth also plays a role, according to the study.

“In more liberal and wealthy countries, personal preferences are more strongly expressed,” Geary said. “One consequence is that sex differences in academic strengths and interests become larger and have a stronger influences on college and career choices than in more conservative and less wealthy countries, creating the gender-equality paradox.”

Geary said the concept is known as the “gender-equality paradox” because it would be assumed if a country is wealthier and has greater gender equality there would be more women in STEM, but that is not the case.

“In countries where there is more choice in education, high school and college education, the sex difference in the best subject actually gets bigger,” Geary said.

He said because people in wealthier countries have more freedom to choose their career path, it leads to people choosing what they are best at, not jut what will make them the most money.

“In societies where you get a closer number of men and women going into stem fields, the economic and life circumstances are more risky, and STEM fields provide a more stable and safer economic safety net that isn’t provided otherwise,” Geary said. “It’s in those countries that we see more women going into STEM. We think it’s because it’s less risky for them, so it might not be based on their interest so much as practical concerns.”

Miranda said she believes more women in her country go into the STEM field because it is familiar.

“Back home we have a very big Petroleum industry and everyone knows about that, so most people study engineering because they know what it is, and that includes men and women,” Miranda said. “They are aware and understand how it works. You’re informed enough to know how it works and to not be scared to chose it.”

Miranda is going to apply for jobs all over the world, but plans on heading to Europe after graduation.

“Technology is very advanced there and I know there is a very big STEM field there,” Miranda said. “I feel like for job opportunities Europe is the best place to go.”

Geary said the study can help schools and companies more accurately target women to study STEM. He said they should focus on women that fit a certain profile.

“We have a lot of girls and women that have math and science as their best subject, but fewer of them are going into STEM fields than you would expect and we don’t know what that remaining gap is due to,” he said.

Geary said the current tactics for recruiting aren’t working and suggests a more targeted approach based on the study.

“A lot of them are just a shotgun type targeting all the girls and all the boys and all the women. A lot of resources are poured into the effort and it’s just not working,” Geary said. “Things haven’t changed in two or three decades.”