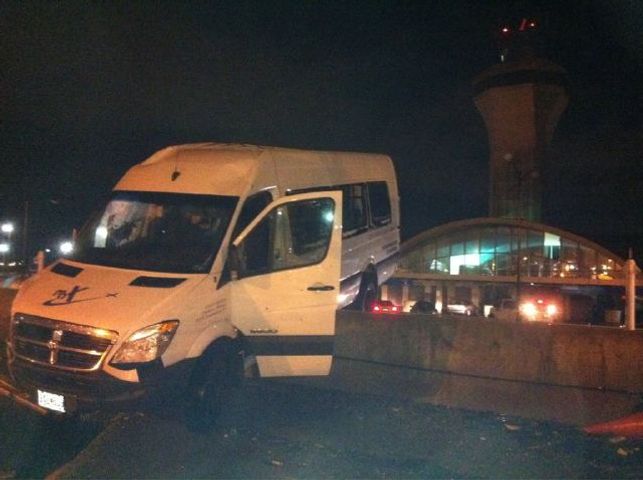 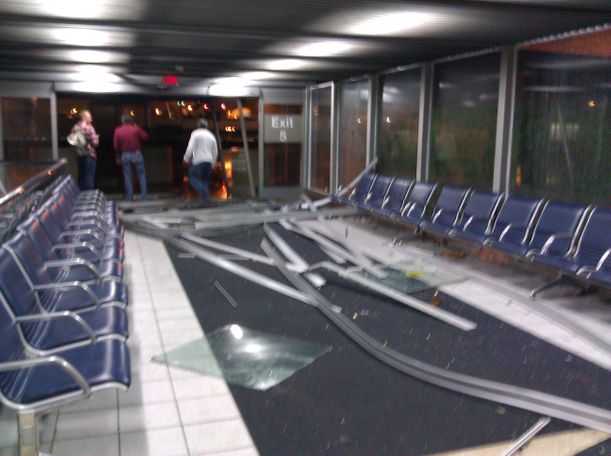 ST. LOUIS - A tornado tore through Lambert Airport, seriously damaged the facility and nearby vehicles. The owner of Columbia's Mo-Ex confirmed one of their vans was pushed over the edge of a wall of a parking garage at the airport. He said the driver was at baggage claim when it happened and was not hurt.

At the main terminal of Lambert there was more devastation. The high winds blew out the windows and damaged the roof.

The storm also damaged the Air National Guard building. There are reports of injuries in the area but no one was killed.

There have been reports of a tornado near the Maryland Heights suburb.

Photos are from KDSK in St. Louis