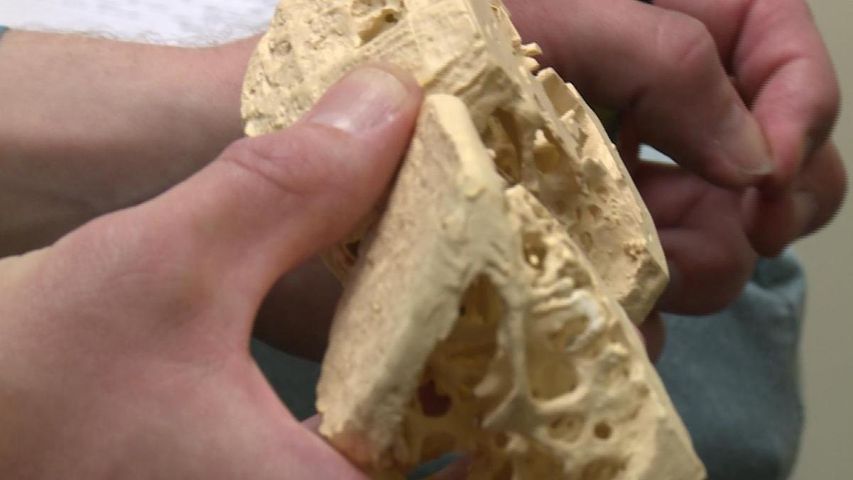 COLUMBIA - Osteoporosis is a silent disease that some don't even know they have until it's too late.

Many people think of the disease as the "little old lady disease," but its impact is far greater.

"About 50-percent of women and 25-percent of men will have a fracture after the age of 50 related to this issue," James said.

Although osteoporosis is not preventable, so there are two ways to test for it. A bone density test, called DEXA, is the best way. This test should be done women women turn 65 years old and when men turn 70 years old. The second was to test for it is a clinical diagnosis, which happens after a hip or spine fracture from falling at a standing height or less.

"The key is to make sure we have the best possible peak bone mass, which occurs at plus or minus the age of 20," James said.

So, even college-aged kids need to be aware of their vitamin D and calcium levels.

In addition to keeping track of those, exercise can help prepare the body for bone loss.

In addition to this, low impact exercise can maintain bone density.

Vitamin D helps the body absorb calcium, in turn making bones stronger. For younger people, James suggests including 1000 mg of calcium in your diet; one glass of milk, dairy or non dairy, is about 300 mg.

If people don't consume enough of these nutrients, it can have a fatal effect.

"A hip fracture is a terribly debilitating injury," James said. "It carries a 20-percent one year mortality and a 70-percent disability."

The National Osteoporosis Foundation says anyone with a fracture after the age of 50, no matter how it happened, should get a full bone screening test.

Yearly, there are two million fractures that result from low bone density of osteoporosis.