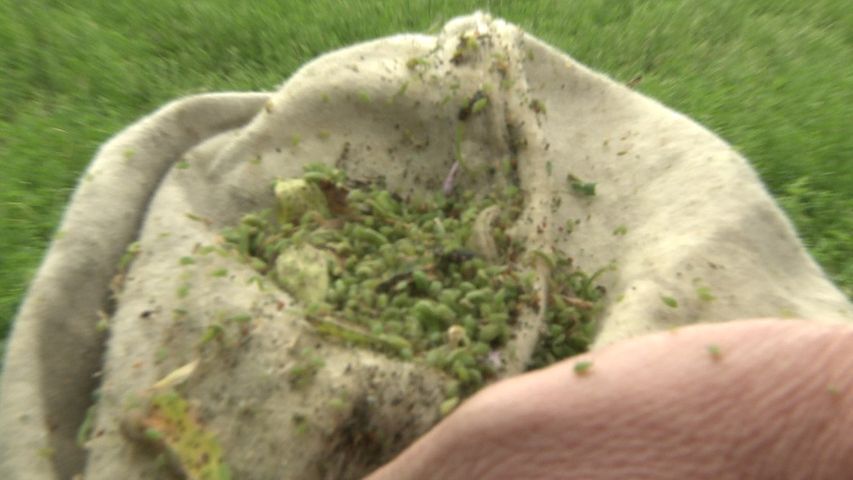 COLUMBIA- That mild winter was nice while it lasted. But there may be a price. This is not to make a mountain out of a mole hill... they're actual mole hills.

MU Assistant Extension Professor of Turfgrass Sciences Brad Fresenburg says moles are tunneling under all of mid-Missouri because of the mild winter. Since the ground barely froze, moles never hybernated, which makes them more rampant this spring than normal.

Moles feed on earthworms that reside right under the surface of the grass, which is why moles burrow just below the surface to create a network of tunnels, which deprives the grass of oxygen and kills it.

Fresenburg told KOMU News today that almost every residential yard in Mid Missouri has moles on the property whether residents know it or not. It is easy to find by simply walking around grass and finding uneven, burrowed tunnels underground.

He also noted there was a good way to fix this-- mole traps or bait. He said traps were more effective because they immediately get rid of the problem. They can be purchased at local gardening stores for approximately $35.00. But, of course, then you've got to deal with a trapped or butchered mole.

MU Associate Professor Wayne Bailey is also noticing different trends because of the mild winter. The research farm in Columbia has blacklight bug traps that usually don't begin catching bugs for about five weeks. However, because of the warmer weather throughout the country, the bugs are all coming early.

More importantly, Bailey noted alfalfa weevils are in full force a lot earlier than usual, which is causing major stress to the alfalfa crop in Columbia. There is a larger population of the weevils because of the warm winter because female alfalfa weevils were able to lay larvae throughout the winter that survived. This population explosion could hurt the horse population because alfalfa is in the feed. The MU agricultural department plans to spray its alfalfa property with pesticide this week to end the alfalfa weevil production.