Weight loss surgery is on the rise: a Columbia woman shares her story. 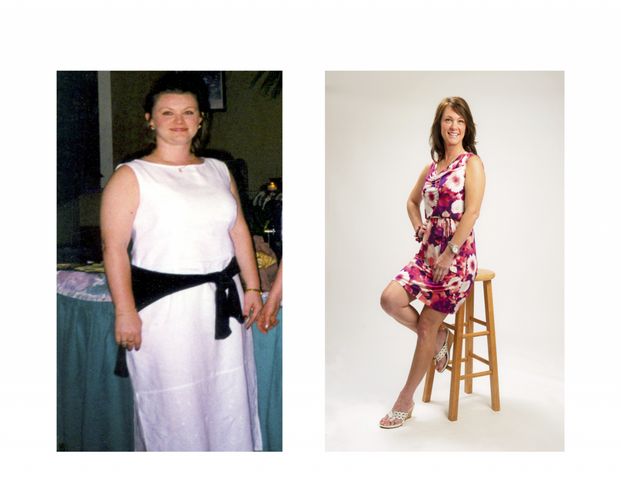 COLUMBIA - Obesity rates have declined in Missouri but as technology evolves the number of people getting weight loss surgery is on the rise. One Columbia woman is a part of that growing number because her weight was reaching a crisis point.

Posha Monnig was a nurse and a recently divorced mother of two who weighed about 210 pounds at 5'4". She suffered from type 2 diabetes and her condition was not getting any better.

According to the American Diabetes Association, Type 2 diabetes is the most common form of diabetes. Those with the disease have what's called insulin resistance, where the body does not properly metabolize insulin.

In the beginning, the pancreas makes extra insulin, but over time the body isn't able to make enough insulin to regulate normal glucose levels.

Although Monnig was not yet taking insulin, she said her dependency on medication and her worsening condition made life hard.

"It affects your confidence, your self-esteem, your self-perception and that flows into other aspects of your life. I was miserable," Monnig said. "I was in a place in my life where I needed to make a change."

"Food was my comfort," Monnig said. "It was my safe place."

She attributes most of her weight gain to having children, bad habits, and her divorce.

The surgeon who performed Monnig's operation said, "You can eliminate alcohol, drugs, smoking, but you can't eliminate food."

Dr. Roger De La Torre, who is the chief of general surgery at MU School of Medicine, said, "It's a unique addiction to treat because we're required to eat food at least three times a day and so you're forced to face the one thing you are addicted to."

De La Torre said, "It's not the easy way out at all. They have to show that they can lose weight on their own and follow a strict diet before they are even approved for the surgery."

He said gastric bypass surgery has an 85 percent success rate at curing or managing Type 2 diabetes.

"If we say we have a solution to your disease, and there's a 20 percent risk, most patients will take that risk," De La Torre said.

Researchers from the Institute for Health Metrics and Evaluation at the University of Washington found that, over the past 33 years, the number of overweight and obese people worldwide has increased from 857 million in 1980 to 2.1 billion in 2013.

That year, the American Medical Association began to recognize obesity as a disease.

De La Torre said the rise in weight loss surgery could be attributed to new advancements in technology and procedures.

The American Society of Plastic surgeon reports the rise of bariatric surgery parallels the rising rates of obesity. De La Torre said it may not be a solution to combat obesity but is at least a treatment for it.

"I've had to turn patients down," De La Torre said. "Some candidates are just not healthy enough to perform the surgery or can't follow the strict guidelines."

The MU bariatric program is required to follow up with patients up to a year post surgery and all patients have to undergo a physical and psychological evaluation to become an approved candidate, De La Torre said.

Monnig has lost more than 90 pounds. She has maintained her weight, seven years later.

"It's a complete lifestyle change. You can't expect to be successful if you keep doing the same thing," Monnig said. "It takes strength."